Aamir Khan held 'Dangal' special Screening for THIS actress on her birthday! Can you GUESS who is she?? 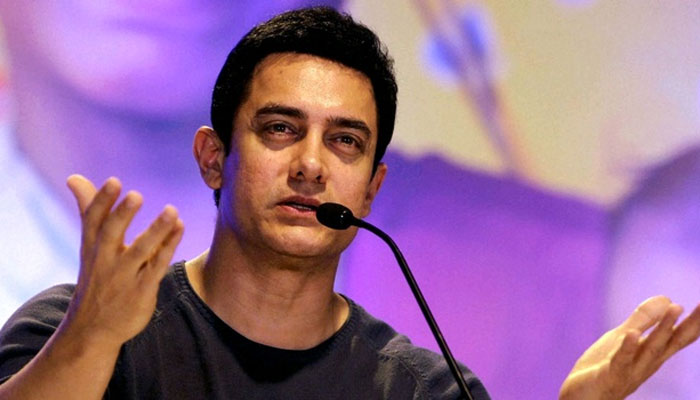 New Delhi: B-Town’s Mr. Perfectionist Aamir Khan is known to be a man of few words. But once he decides to speak, it turns out to be worth the wait. Similarly, his body of work speaks volumes about the kind of films he believes in being a part of.
After stunning everyone in ‘PK’, Aamir will next be seen in ‘Dangal’—a film where he will be playing a wrestler. The film is based on the life of Mahavir Singh Phogat, who taught wrestling to his daughters Babita Kumari and Geeta Phogat.
The film is due for release on Christmas this year. According to BollywoodLife.com, Aamir has already shown the film to veteran actress Shabana Azmi and Javed Akhtar at a special screening held recently.
Reportedly, a special screening of ‘Dangal’ was held on Sunday as it was Shabana Azmi’s birthday.
Aamir and wifey Kiran Rao are quite close to Shabana-Javed and perhaps that explains why ‘Dangal’ screening was held and was first shown to the veterans along with other selected close friends.
Verdict? Well, Shabana Azmi gave it a big thumbs up, report suggests. The report quotes her as saying, “Dangal is brilliant. Another blockbuster from Aamir. It is beautifully scripted with very convincing performances. The girls are wonderful and it’s Aamir’s best performance to date. The gender politics are so relevant for the times and the unexpected climax will make even the most hardened heart cry. It is emotional without being sentimental. It’s a hundred per cent winner.”
Reported by Zee News.India