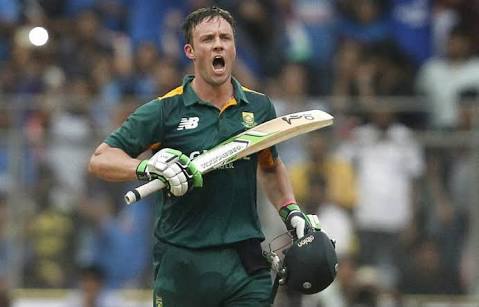 AB de Villiers, the South Africa batsman, has retired from all forms of international cricket with immediate effect, Cricket South Africa announced on Wednesday 23 May.

Making public his decision, which came as a shock to most in the cricket community, de Villiers said, “I have had my turn and, to be honest, I am tired.”

De Villiers, now 34, made his first international appearance in December 2004 in a Test match against England in Port Elizabeth and went on to become one of the most impactful cricketers of the new millennium.

He played a total of 114 Tests, 228 one-day internationals and 78 Twenty20 Internationals. Across formats, he ended with 20,014 runs against his name.

The South African, who made 360-degree batting popular, said he wanted to walk away from the game when still in good touch: “This is a tough decision, I have thought long and hard about it and I’d like to retire while still playing decent cricket. After the fantastic series wins against India and Australia, now feels like the right time to step aside. 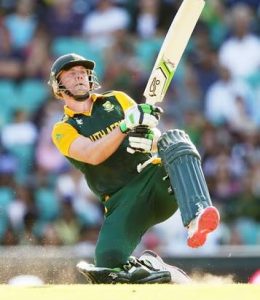 “It would not be right for me to pick and choose where, when and in what format I play for the Proteas. For me, in the green and gold, it must be everything or nothing. I will always be grateful to the coaches and staff of Cricket South Africa for their support through all these years. The most important thank you goes out to all of my teammates throughout my career, I wouldn’t be half the player that I am without the support throughout the years.

“It’s not about earning more somewhere else, it’s about running out of gas and feeling that it is the right time to move on. Everything comes to an end. To the cricket fans around South Africa and the World, thank you for your kindness and generosity, and today, for your understanding.

“I have no plans to play overseas, in fact, I hope I can continue to be available for the Titans in domestic cricket. I will continue to be the biggest supporter of Faf du Plessis and the Proteas.”

De Villiers has for long expressed a desire to win a world event with South Africa, and even took time off from Test cricket in 2016-2017 to avoid burnout and keep himself fresh for the ICC Cricket World Cup 2019. 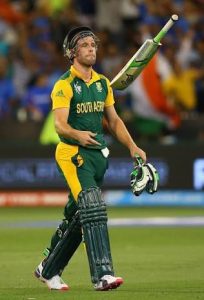 He didn’t play Tests between January 2016 and December 2017, but has since come back to Test cricket and also said recently that his priorities had changed and, “I feel it will be nice to win it, it’ll be a bonus, but if I don’t, it’s not going to define my career.”

With the decision coming now, de Villiers’ last international appearance will remain the last Test against Australia in Johannesburg, which South Africa won by 492 runs to win the series 3-1. In that match, de Villiers scored 69 and 6 to finish the series with 427 runs at an average of 71.16.

More recently, he was in outstanding form on the field and with the bat for Royal Challengers Bangalore in the 2018 Indian Premier League, scoring 480 runs in 11 innings at an average of 53.33 and a strike rate of 174.54.

Indeed, de Villiers leaves with his name up at No.6 in the MRF Tyres ICC Test Player Rankings for batsmen and at No.2 in the corresponding list for ODIs. 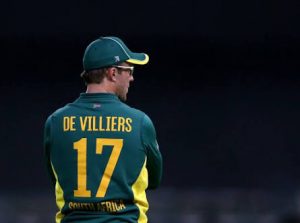 Chris Nenzani, the CSA President, congratulated de Villiers for his contribution to South African cricket and added that his presence in the team would be missed.

“AB is one of the all-time greats of South African cricket who has thrilled spectators around the world with his sheer brilliance, coupled to his ability to innovate and take modern day batting in all three formats but particularly in the white ball ones to new levels. What is probably more important is the inspiration he has been to his team mates whether playing at international or domestic level and the wonderful role model he has been to all our aspiring youngsters,” said Nenzani.

“It goes without saying that he is going to be greatly missed wherever international cricket is played. We thank him for the contribution he has made to South African cricket and specifically to make the Standard Bank Proteas world leaders and we wish him and his family everything of the best in his future endeavours.”