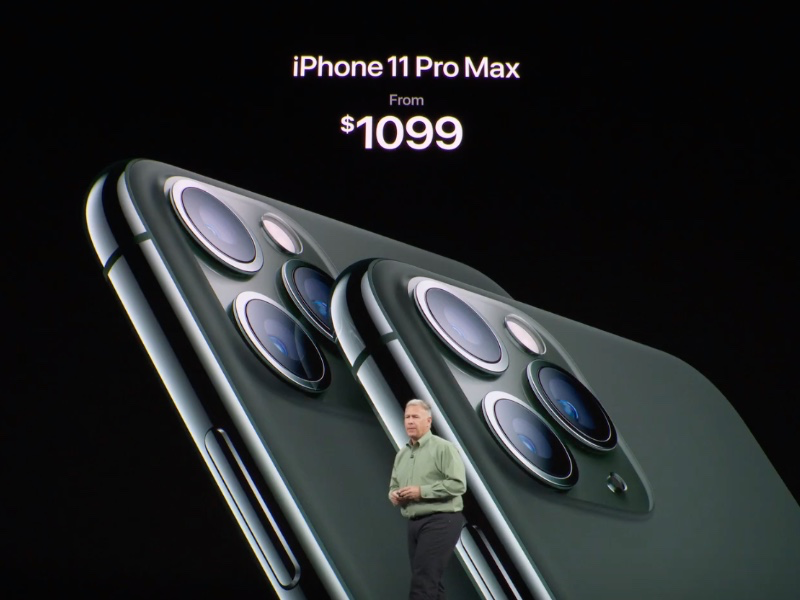 Apple is introducing a successor to its iPhone XR today, dubbed iPhone 11. The cheaper LCD-equipped iPhone XR has become the most popular iPhone in the world over the past year, and Apple is now updating it for 2019 and beyond.

Like last year’s model, the iPhone 11 includes a 6.1-inch display, and the design is almost identical to last year, too, with the notch at the front for the Face ID camera. Apple is adding new color options, with purple, white, green, yellow, black, and red all available.

Apple’s biggest design changes are in the camera at the rear of the device. Last year’s iPhone XR had a single 12-megapixel wide-angle camera, but the iPhone 11 now includes a dual-camera system with an additional 12-megapixel ultra-wide camera that supports 2x optical zoom. There’s even a new immersive camera interface that lets you see outside the frame, so you can see the details of the photos you’re taking with the ultra-wide camera.

The camera is clearly a big deal here for Apple, and the company is adding multiscale tone mapping that deals with highlights differently depending on where they are. There’s also a new high-key mono portrait effect, and portrait mode itself will now work on pets.

For video, you can tap to switch between the ultra-wide and regular camera and there’s support for 4K resolution up to 60 fps, slow-mo, time lapse, and a new extended dynamic range across both cameras.

Even the front-facing camera is getting an upgrade, to a 12-megapixel TrueDepth wide-angle camera that you can rotate to do landscape shots. The front camera can also do 4K / 60 video and slow-mo, perfect if you’re going for some crazy selfie videos, or “slofies” as Apple calls them.

Inside the iPhone 11 is Apple’s latest A13 Bionic processor, and naturally it’s the “fastest CPU in a smartphone” and also the “fastest GPU in a smartphone.” Apple demonstrated the performance on stage with a game called Pascal’s Wager, which is launching on the App Store next month with some pretty impressive looking mobile graphics. Other than the gaming demo, Apple didn’t reveal any additional performance improvements with the A13.

Apple’s iPhone 11 will also include an additional hour of battery life over the iPhone XR, and what Apple calls “enhanced Face ID” that’s supposed to speed up the face-scanning feature. The iPhone 11 is even rated to IP68 water resistance up to 2 meters, whereas the iPhone XR was rated at IP67.

Apple is pricing the iPhone 11 starting at $699, and it will start shipping on September 20th. Preorders begin on Friday September 13th at 5AM PT / 8AM ET.

Brands are Trolling iPhone 11 Pro’s Camera & The Memes Are Hilarious!