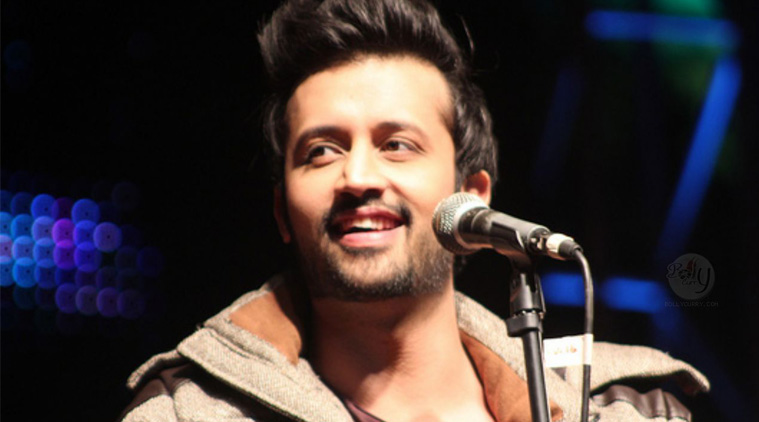 Atif Aslam, the renowned Pakistani singer and song writer, has shown and proved to be on a roll this year as he has only recently released two songs in this year – 2017.
Atif will not only release a tune for the upcoming Bollywood movie “Hindu Medium” (which features the Pakistani beauty Saba Qamar alongside Irfaan Khan), but will also host the 16th Lux Style Awards 2017.
The veteran singer is also currently in preparations to release a new song for which pictures in circulation on social media have also shown that Atif has donned a new look. Previously, Atif had managed to gather praises for his bearded look, however, he has shed his attractive stubble and opted for a clean shaven look.
Many fans and followers of the singer believe that a light stubble looked best on Atif compared to this new shaven look, and we kind of concur.
You can take a look for yourself, below:

Not only this, in the pictures Atif can be seen donning a light cream colored Sherwani, a look he is probably opting for the upcoming video of his new song. Hence, as we’ve mentioned in the title, Atif is going all desi.
So, Atif Aslam will be seen like never before in his new song and we definitely are eager to see what he has in store for his fans this time around.
Do let us know what you think about the singer’s new look, in the comments section below!

The Fast and Furious Franchise, F8 becomes the highest opening day grosser in Pakistan for 2017.