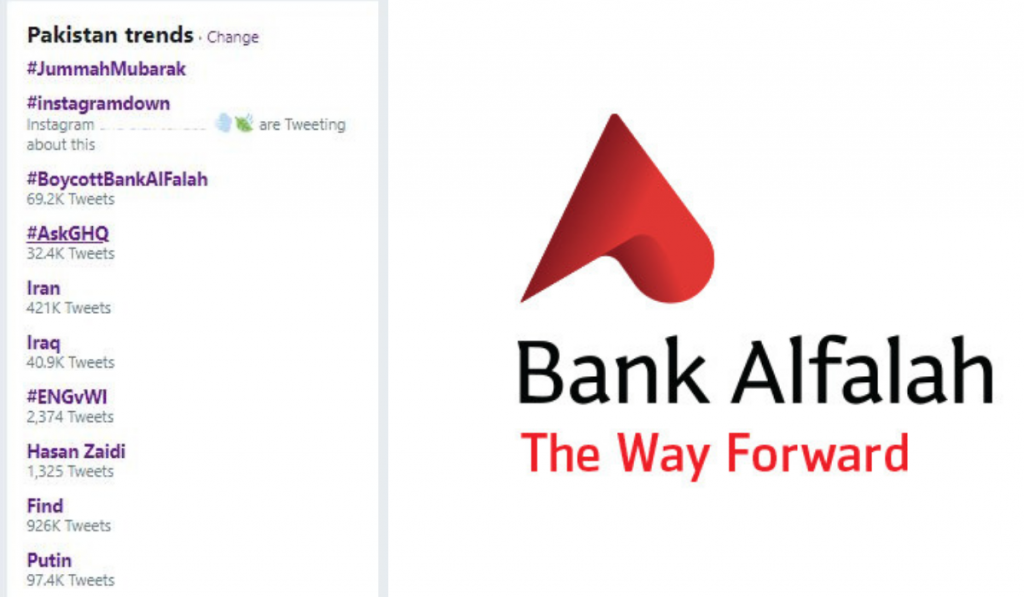 Social media has become a global phenomenon that has given a lot of power to the common man to speak up about any and every thing they like or dislike.

Recently, things took a turn for the worse when a Twitter user posted a vile comment on a journalist’s commentary regarding Imran Khan’s latest address to the nation.

Journalist Hasan Zaidi came through with screenshots and tagged the individual’s employers, Bank Alfalah, to bring his inappropriate behavior to notice.

Dear @BankAlfalahPAK, this man works for you? Is this the level of scum you employ? pic.twitter.com/u8HbCgNS2k

While receiving some backlash when he initially posted the tweets,  Zaidi reinforced how the user has a pattern of such inappropriate behavior, and that this wasn’t a one-off incident.

And if you think this was a one-off, have a look at the rest of his timeline. Do you allow such vile people into your ranks? pic.twitter.com/eqJutTxN7l

Soon Bank Alfalah posted an official statement addressing the issue and here’s what they had to say:

The public however disagreed over the course of action taken by Bank Alfalah and the hashtag “#BoycottBankAlfalah” has been trending over Twitter, demanding justice for the man who sent the abusive tweet to be treated “fairly.”

The Bank is never going to recover the PR damage they've received today. Don't condone the behaviour of the guy or the self proclaimed libs for that matter. Firing people without due process only shows the rot which lies inside the highest tier of the bank.#BoycottBankAlFalah

People were quick to dig up Zaidi’s old tweets as well trying to prove his own pattern of abuse over social media.

Don't condone ur employee's act of cussing Hasan Zaidi's mother, but to sack that him for a mistake he has already apologized for, is nonsense. Particularly considering the fact that Zaidi himself is a massive foul mouth.

Hasan himself regularly uses petty insults & profanity towards others. pic.twitter.com/ILWlduXmD1

Later on Zaidi tried to clear his position and shared his intention was not to get the employee fired.

I should also clarify that I did not formally ask for the lout to be fired. I asked the bank to take serious notice of his repeated abusive behaviour. The action was taken by the bank and I support their taking it very seriously.

Building and maintaining an online persona does not mean that you abuse and troll freely – there has to be some accountability. However, as Zaidi clarified, he didn’t ask for the man to be fired. Do you think the company’s decision a bit severe?

Let us know in the comments!