Getting the ball rolling on their own platform, Twitter simply wrote: "hello literally everyone". 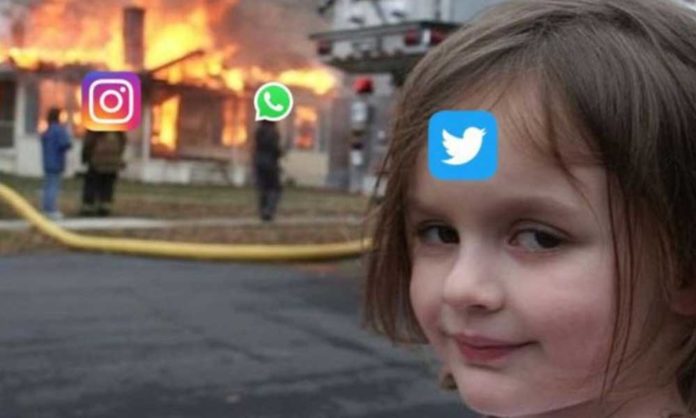 Getting the ball rolling on their own platform, Twitter simply wrote: “hello literally everyone”.

The tweet has since been liked over 3.3 million times and drew comical responses from a number of other big companies.

McDonald’s responded by saying “hi what can I get u” to which Twitter answered “59.6 million nuggets for my friends”.

hi what can i get u

Starbucks also joined in the fun, asking if someone at Facebook spilled coffee on their keyboard to cause the outage.

Perfect time for a coffee break.

The witty conversation was a good time pass for sure during the Facebook outage otherwise who knows how boring the time would have been. While these brands were having the conversation, Mark Zuckerberg lost his position as the 5th richest person in the world and Facebook’s stock plummeted by 4.9%