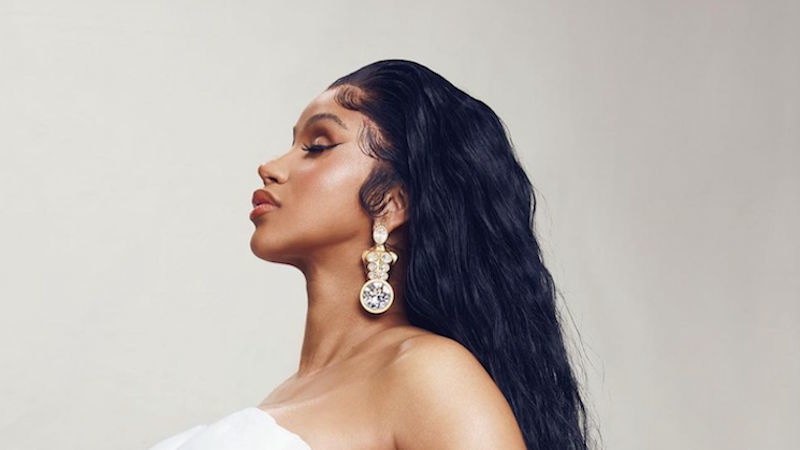 Artist Misha Japanwala should now be getting used to making headlines. After she earned herself a spot on Forbes’ 30 under 30 Asia list, the artist has now accomplished another great feat — she has created a mould of rapper Cardi B, who is pregnant with her second child.

Japanwala shared the news and photo on her social media. Speaking directly to Cardi B, she wrote, “An amazing honour to mold you and create this piece to memorialize such an incredible moment for your family.” Flattered, yet in disbelief, she said she “will be pinching myself for the rest of eternity”. Cardi B also shared the image to her social media with the caption “#2”.

She announced her pregnancy during her performance at the BET Awards on Sunday, showing off her belly while on stage with her husband Offset and his group Migos. She donned a black, glittery body suit with a panel in the front, where her belly bump was out on display. This is Cardi B and Offset’s second child together — they already have a daughter named Kulture.

Japanwala is a sculpture artist who specializes in moulds and breastplates. She’s already been featured in Vogue and model Gigi Hadid’s Gigi’s Journal Part II, a special issue of V Magazine.