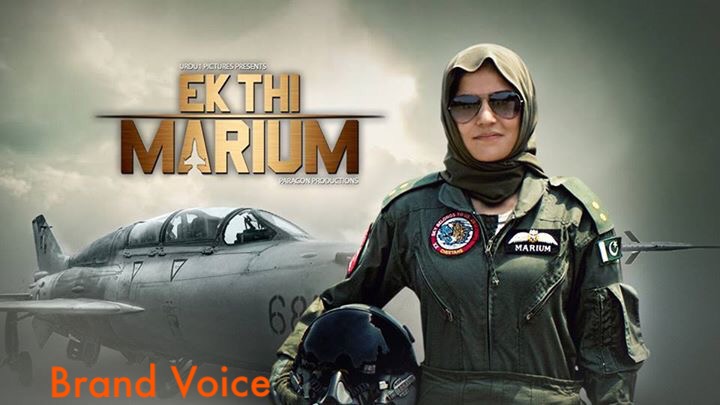 Finally a play to watch with family,  Urdu 1 has come up with a different software this time, which is expected to get much TRPS and reach. Ek Thi Marium is about Marium Mukhtar, Pakistan’s first and only female fighter pilot who tragically lost her life in the line of duty in 2015. Directed by Sarmad Khoosat, this telefilm is finally going to be a break in terms of the kinds of roles women get to play in Pakistan. We are thrilled to see Sanam Baloch being cast as Mariam as she is carrying the role really well. Recently, a video went viral online where a group of American individuals commented on some Pakistani actresses, such as Mehwish Hayat, Mahira Khan, and Mawra Hocane. Sanam received the same response from everyone – they thought she looked intelligent. And she must be intelligent for choosing such a role. The trailer doesn’t reveal much about the plot but we are already excited for this !
Hope viewers will enjoy “Ek Thi Marium” this season.

Christiano Ronaldo opens a Multi-Million Dollar Hotel & gets an Airport named after him.