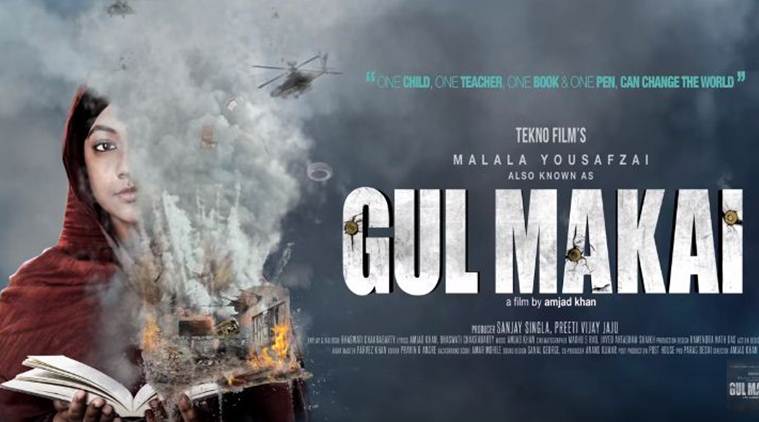 The first look of Gul Makai, which is inspired by the life of Nobel laureate Malala Yousafzai, has finally been revealed!

The film has been directed by Amjad Khan, who has said that Gul Makai is a tribute from his side to everything that Malala represents and has achieved as a young and inspiring icon.

The movie’s name is derived from the pseudonym that Malala had used while writing blogs about her life in the Swat valley for BBC Urdu.

The poster features TV actor Reem Shaikh as the Nobel prize winner who can been seen with a book in her hand which upon opening, explodes. The poster speaks volumes about the awe-inspiring life of the young activist who had faced a tumultuous childhood.

In the motion poster, you  can hear Kabir Bedi’s voice booming in the background, introducing Malala’s character with the words, ” This is about those times when the Taliban was destroying Pakistan and Afghanistan in the name of Jihad and religion. When from a very small village in Pakistan, a voice arose.”

The film’s release date is not known yet.