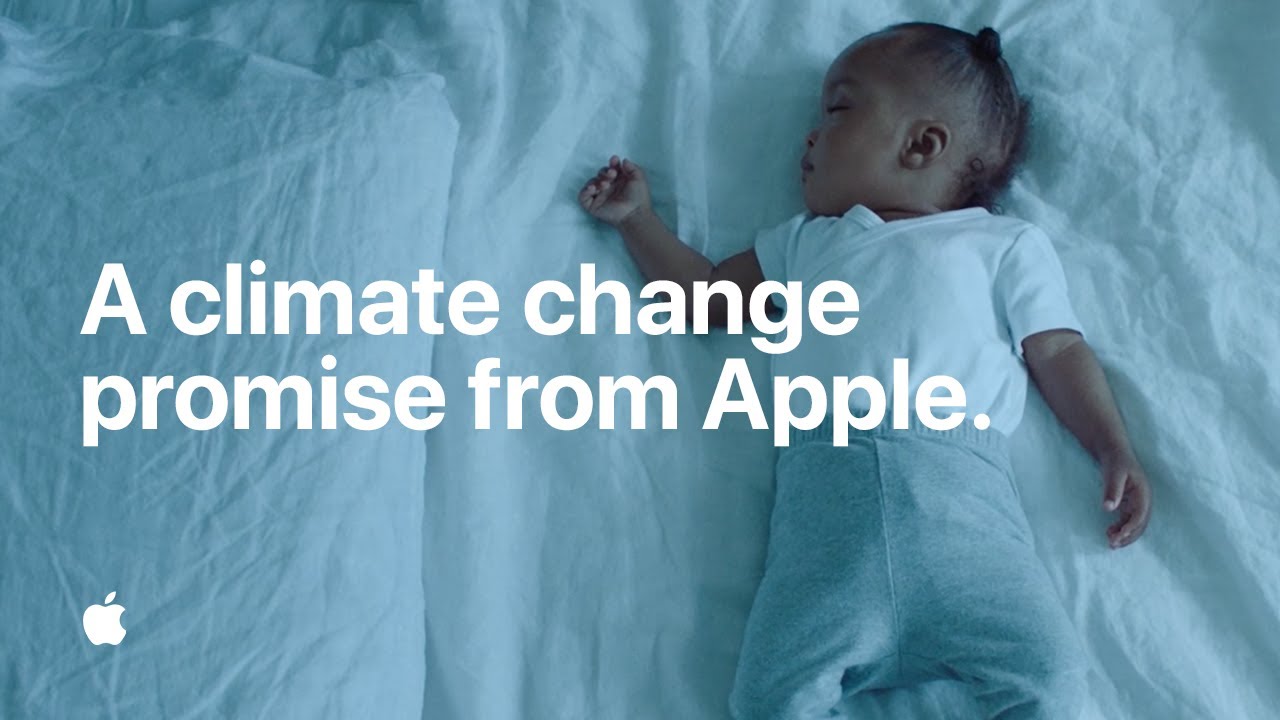 Apple’s latest advertisement features no products, no sets, nothing. It just has a small baby lying on a bed with a soothing voice over and here’s why…

In 2020, Apple hit a milestone in its journey towards sustainability. The corporate giant announced that that they are officially carbon-neutral.

Now, Apple have set a goal for the next ten years, which is what the ad highlighted upon. All their products are also set to become carbon neutral by 2030. In other words, they’re eliminating their carbon footprint by 2030.

What Is Carbon Neutrality?

Carbon neutrality, or having a net-zero carbon footprint, refers to achieving net-zero CO2 emissions. There are two ways to do this. Firstly, a balance can be created between carbon emissions and carbon removal. In other words, you remove as much carbon as you produce.

Secondly, you can eliminate the production of carbon emissions by not producing any. This would require a fundamental shift in production techniques and processes. Ultimately, the goal is to go towards a “post-carbon economy.”

The ad features the most straightforward set of a minimalist room. All shades of white make the visual experience soothing automatically. The only actor in the commercial is an infant who’s sleeping peacefully on the bed despite the chirping of the birds and the sounds of the street. The baby is being greeted by a gentle voice that had to make the sweetest of promises in the most eloquent of ways.

Watch the full Ad below:

Incredible ad, isn’t it? Now we can only hope that similar bigger brands will hop on the bandwagon.

This 12-Year-Old Pashtun Boy Has Become One Of The Youngest Authors!