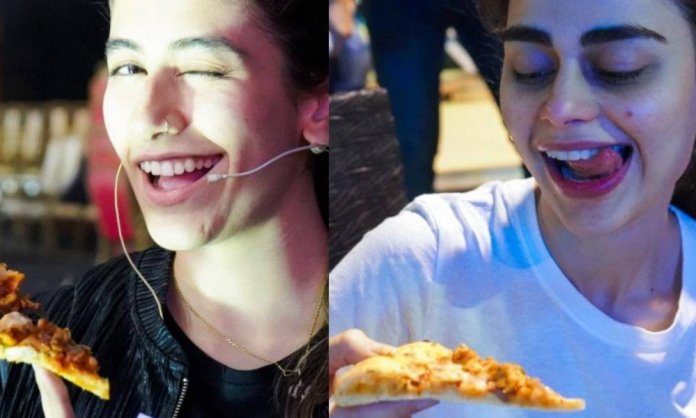 Social Media was set ablaze upon news being shared of Syra and Sharoz’s split and then the recent Sharoz’s marriage with Sadaf Kanwal. Moreos, we often see brands jump in trying to follow an ongoing trend simply for added publicity. And yes, there’s a marketing term for this situation as well which is known as the ‘skyscraper technique.’

A popular pizza chain, ‘Broadway Pizza,’ has received immense backlash after posting a picture of Syra and Sadaf Kanwal, both eating a slice of Broadway pizza.

Apparently, the skyscraper technique has backfired for the brand.

Here’s what Broadway Pizza posted on their social media:

“Food for Thought: Let’s stop the judging and focus on the eating! Keep enjoying Broadway!”

It is ironic for the brand to ask people to stop judging when they’ve taken personal pictures of the actors and created a post targeted towards them! 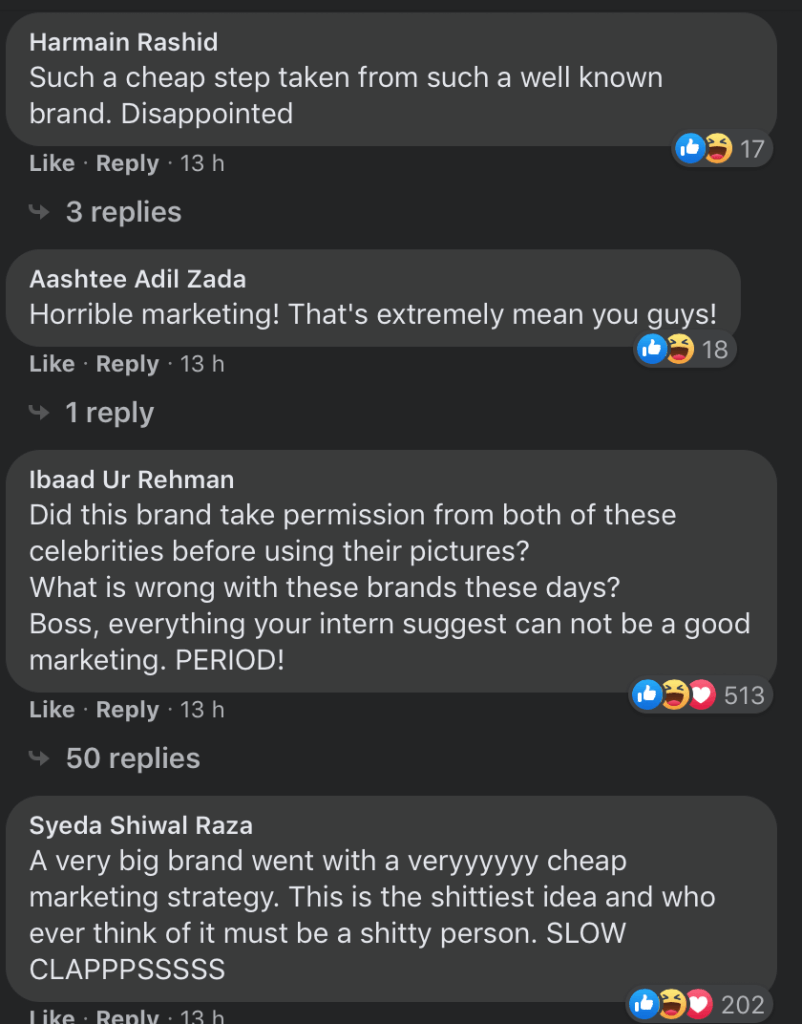 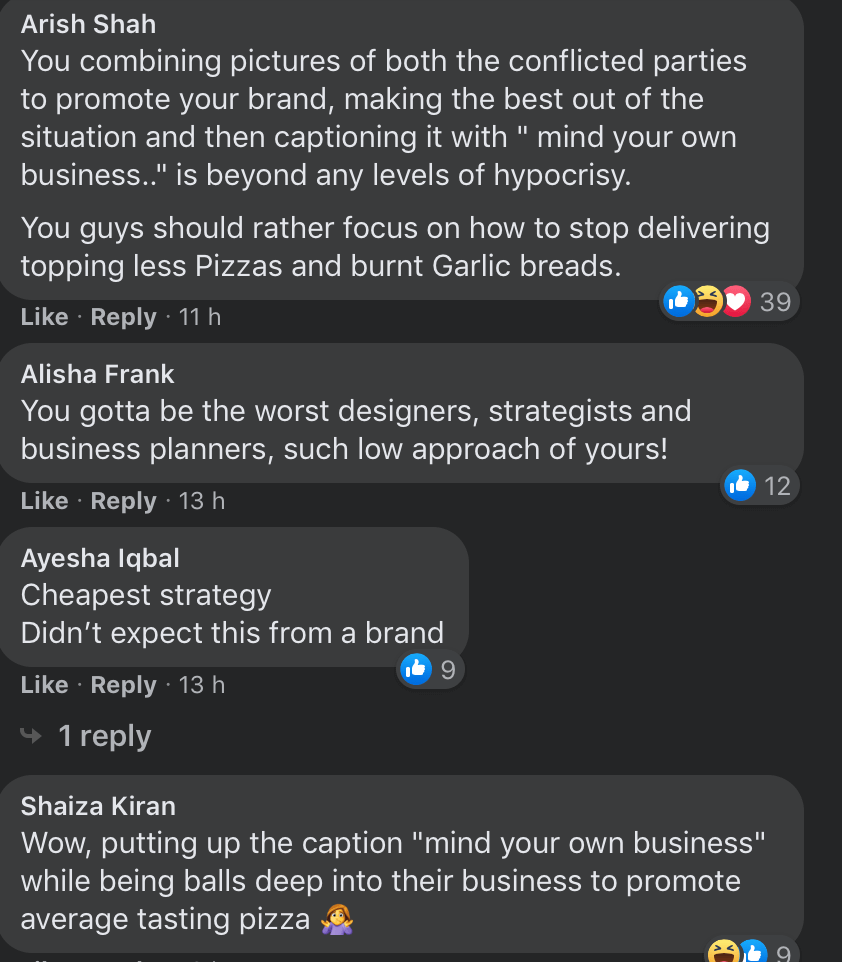 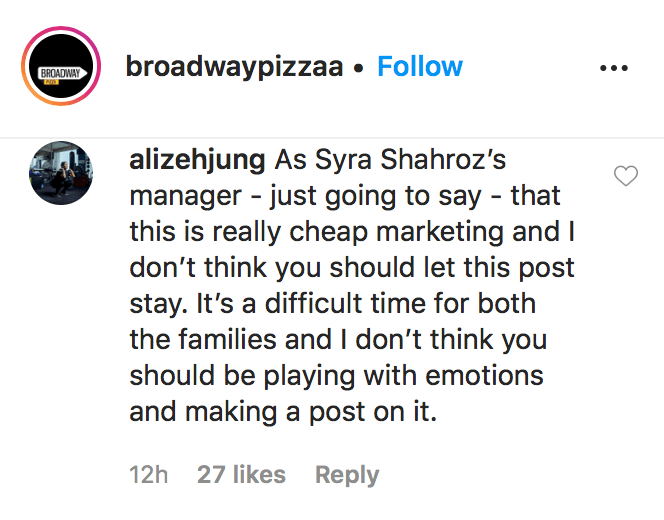 What did you think about the post by Broadway Pizza? Do share your thoughts in the comments below.

Brand Areeba Asad - August 7, 2020
0
Only recently COO Facebook Sheryl Sandberg took it to her official social media accounts to share a story of an inspirational girl from Pakistan,...