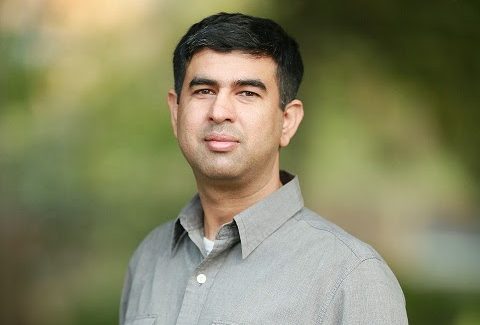 Wedding Photographer Izzah Shaheen Malik or more commonly known by her insta handle pictroizzah took to her Instagram stories a traumatic experience she had with a senior photographer, Irfan Ahson.

Irfan Ahson had problems with how Izzah was using her wider focal length. And he was putting up pictures on his Instagram from where she could have been cropped out.

It was a wedding, and since there are a lot of people there, they can get photographed. But he should definitely have asked for her consent. 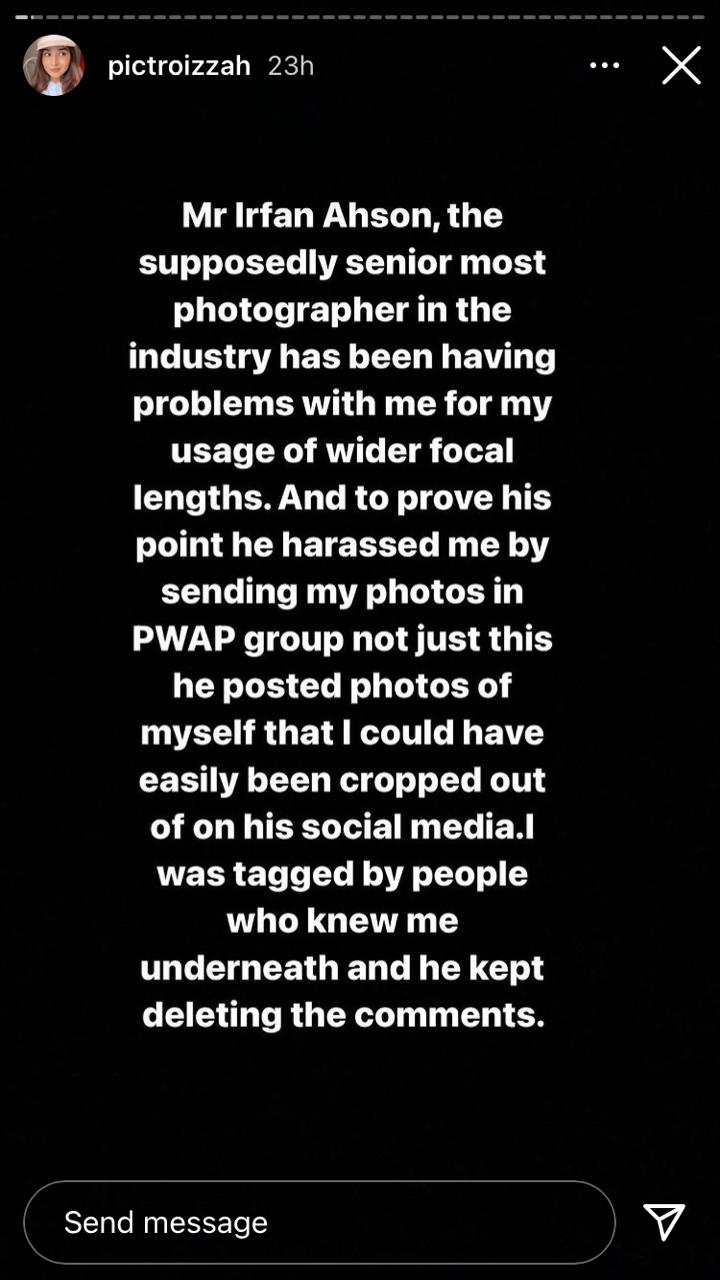 The Harassment By Irfan Ahson Began On WhatsApp. Considering what was happening in a private group; she knew that this was no honest mistake, rather targeted harassment. 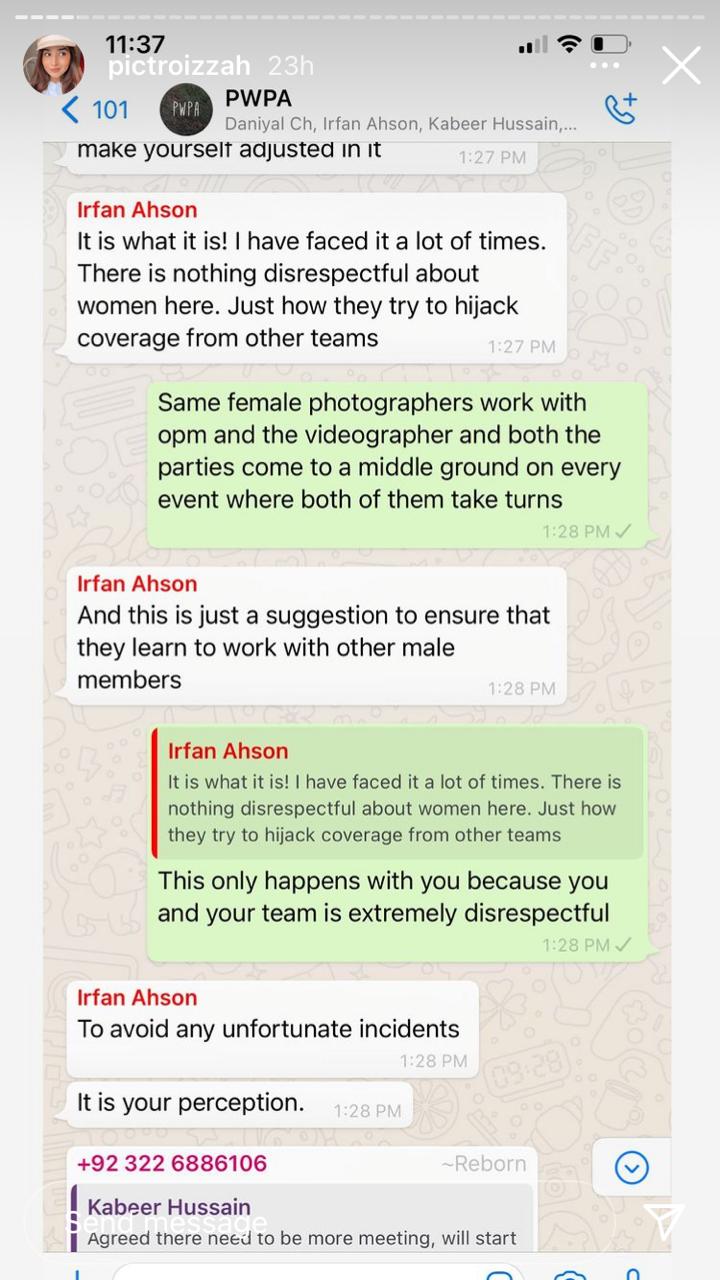 This angle was quickly embraced by other male members present on WhatsApp, and the next day, memes against women and Aurat March were tweaked and used against her. But Izzah claims she chose to stay quiet and not extend the already complicated situation.

As a result, nearing the end of 8th March, she decided to take to the public the harassment she faced that left her so traumatized that she would return from events hyperventilating and crying.

After she took the issue to public, numerous people from the fraternity, and the general audience came out in support for Izzah and called out Irfan for putting her through this.