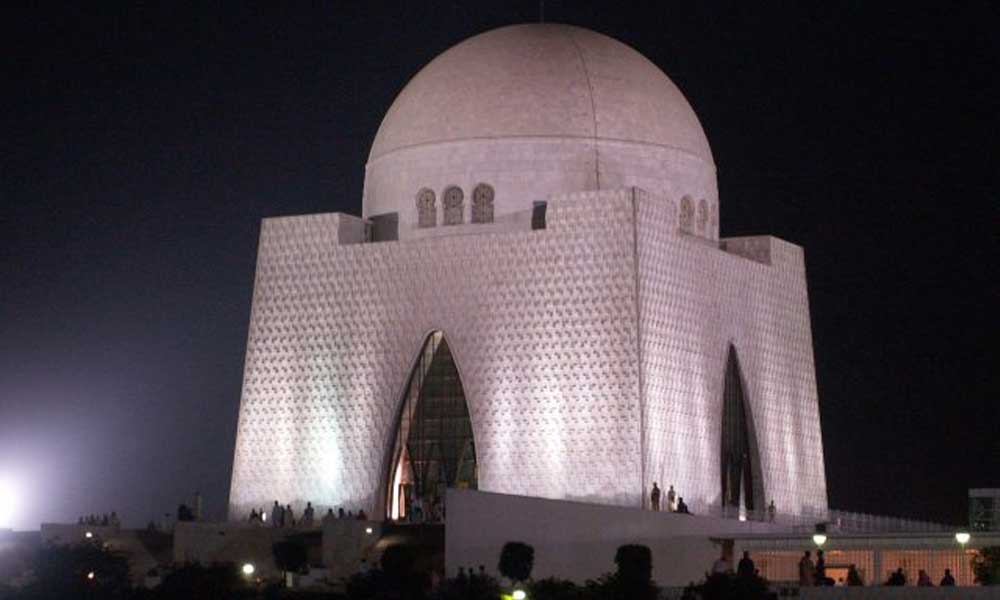 The mausoleum of Quaid-e-Azam Muhammad Ali Jinnah is a landmark in Karachi. Spread over 33,000 square feet, it was inaugurated in 1971. Tourists, domestic or foreign, make it a point to include it in their trips. Mazaar serves as the city center that they have to cross during their everyday routine. Therefore, Pakistanis are no strangers to the dirty walls and footpaths surrounding the Mazar.

Around two and a half months ago, 21-year-old DHA resident Zohaib Ahmed Khan decided to work for the beautification of the city and formed a group called ‘Rang De Karachi’. “We want to clean the roads of Karachi, install street lights and uplift the footpaths,” he said.

Khan said that they have cleaned the walls and footpaths from Peoples Chowrangi to Numaish and Shahrah-e-Quaideen, while the remaining will be cleaned in the days ahead. “We will then draw portraits of the Quaid-e-Azam on big walls,” he said, adding that their mission is to bring colour to the streets of Karachi with free art.

He invited people from all walks of life to team up with them to help clean the city. Khan, who calls himself a social worker, is a businessman by profession. Young men and women from different universities joined him through social media.