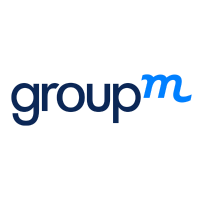 NEW YORK & LONDON — GroupM, the media investment group of WPP, today appointed Kelly Clark as Global CEO. Clark most recently served as the CEO of GroupM in North America from 2012 to 2015. Prior to that role, he was the worldwide CEO for Maxus between 2008 and 2012. He served as GroupM’s CEO for Europe from 2005 to 2008, and earlier he held CEO roles with Mindshare in the UK and in Asia Pacific. Clark began his WPP career at J. Walter Thompson New York in 1988. “Kelly has demonstrated inspiring leadership at every turn in his career, and he has earned the respect of our clients and our people,” said GroupM’s Global Chairman Irwin Gotlieb. “He has broad experience in North America, Asia and Europe and is focused intensely on delivering advantage to our clients. I am looking forward to working with him to build on our momentum.”
GroupM is also announcing that Dominic Proctor is stepping down from his role as Global President, but will remain with WPP to work on strategic projects. Proctor was instrumental in the growth and success of GroupM. Proctor launched Mindshare around the world beginning in 1997, and was named President of GroupM in 2012. “Dominic helped make Mindshare and GroupM the successful global businesses they are today. It has been a great pleasure to work side by side with Dominic over many years and we all wish him the very best,” said Gotlieb.
“GroupM is in a great position to help our clients win in an incredibly competitive marketplace,” Clark said. “Our investments in data, technology and most importantly, our talented people will help us achieve that ambition. It will require a lot of change and a united focus, so I can’t wait to get started with Irwin and our leadership team.”
About GroupM
GroupM is the leading global media investment management company serving as the parent to WPP media agencies including Mindshare, MEC, MediaCom, Maxus, and Essence, as well as the programmatic digital media platform, Xaxis, each global operations in their own right with leading market positions. GroupM’s primary purpose is to maximize the performance of WPP’s media agencies by operating as leader and collaborator in trading, content creation, sports, digital, finance, and proprietary tool development. GroupM’s focus is to deliver unrivaled marketplace advantage to its clients, stakeholders and people, and is increasingly working closely for the benefit of clients with WPP’s data investment management group, Kantar. Together GroupM and Kantar account for over 50% of WPP’s group revenues of more than $20 billion.
Source: WPP Press Release.

Aamir Khan held 'Dangal' special Screening for THIS actress on her birthday! Can you GUESS who is she??