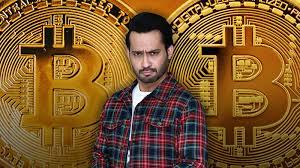 Zaka has been appointed by the provincial government as an expert in its advisory committee which will look after its digital assets including cryptocurrency and cryptomining. The social media guru informed that he would not charge anything for his services.

“I’m hired as a crypto expert by Government of Pakistan and I have decided not to charge a single penny and I will provide all my services for free,” said Zaka in a tweet post.

As per the provincial government notification, Advisor to CM on Science and Technology Ziaullah Bangash named committee chairman. KPK Finance Minister Taimur Saleem Jhagra and other people also added to the committee. Whereas, Waqar Zaka named as expert of the committee. Back in March, it was learnt that KP is planning to build two hydroelectric-powered pilot “mining farms” to capitalise on a bullish global cryptocurrency market.

“People have already been approaching us for investment, and we want them to come to Khyber Pakhtunkhwa, earn some money and have the province earn from that as well,” Bangash said.

Sanam Jung Has Just Launched Her Own Fragrance Line