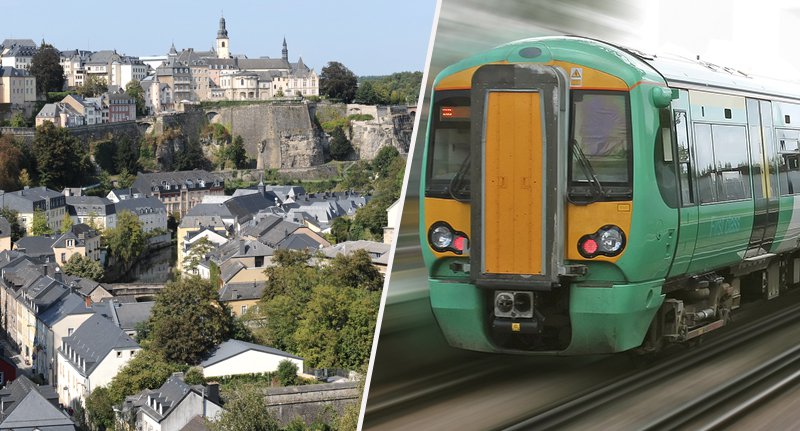 Yep, you heard me right. Never again will people in the country have to stand in line for the ticket machine at the train station, only to miss their train by seconds. And don’t get me started on being refused entry on a bus because you only have a tenner and the driver wants change.

The people of Luxembourg’s public transport woes will soon be gone, as they’ll soon be permitted on trains, trams, and buses for free. Anyone want to emigrate to Luxembourg?

As reported by The Guardian, fares on public transport will be lifted in the summer of 2019 as part of the plans of the re-elected coalition government led by Xavier Bettel.

Bettel was sworn in for a second term as prime minister on Wednesday (December 5), although the result was extremely close.

The country has already proven how its attitude towards transport is better than most; travel is capped at €2 (just under £2) for two hours of travel, which might not seem a lot but Luxembourg is the seventh smallest country in Europe, so it covers almost every journey.

It definitely beats the £4.20 I have to pay every day for less than an hours tram journey. Oh, the joys of Manchester. The government also introduced free transport for every young person under the age of 20 this summer, and secondary school students can use free shuttles between school and their home.

As reported by the Independent, Luxembourg’s transport system costs nearly €1 billion every year to operate. I’m wondering how the government will be able to afford the running costs when the fares are made completely free next year?

However, it seems like they’re running it on a loss anyway as at the moment, fares only amount to €30 million (approximately £27 million) anyway – partly as a result of the concessionary offers in place.

To put that into perspective for you, British Rail alone made slightly more than £3.4 billion from passenger fares between 2017 to 2018, and yet we’re still left with overcrowded carriages and rundown trains. Isn’t that just delightful? Let’s just take a moment to wonder what life would be like if, instead of turning on the evening news and seeing Brexit every night, we saw the headline, ‘Breaking: Theresa May declares all public transport is free as of tomorrow!’

There’d be tears of joy, screams of happiness, and probably even street parties. It’d be declared a public holiday and the world in general would just be a much better place.

But, alas, it’s not meant to be and  instead, we’re left to cry into our Coco Pops about our impending doom. Wow, that took a dark turn didn’t it?

Moving on… The prime minister, whose Democratic party will form a coalition with the left wing Socialist Workers’ party and the Greens, had also vowed to priorities the environment during the recent election campaign.

And on top of everything else, the new government is now considering legalizing cannabis, as well as introducing two new public holidays.

Get me to Luxembourg ASAP!