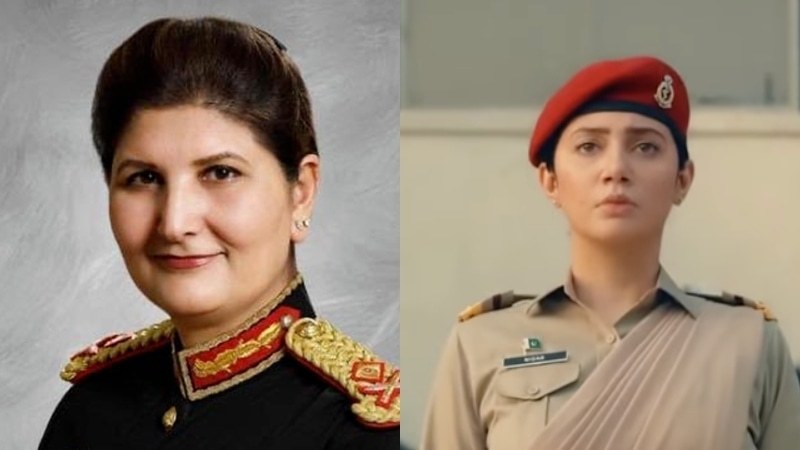 Mahira Khan is starring in a telefilm on Lieutenant General Nigar Johar, the first woman to be promoted to the rank of three-star general in the Pakistan Army.

Titled Aik Hai Nigar, it will be on the life and career of Lieutenant General Johar. Apart from Khan, the telefilm also stars Bilal Ashraf, Khushal Khan, Sohail Sameer, Sara and Iman Shahid.

The telefilm is being made for ARY Digital. It has been written by Umera Ahmed and directed by Adnan Sarwar. Khan and Nina Kashif are producing the film under the banner of their production house Soul Fry Films. Khan shared a teaser for Aik Hai Nigar on her Instagram account.

“Honoured to be able to play a woman I admire so much. Pakistan Army’s first female Three star General. ‘Aik Hai Nigar’ traces the life and career of Lieutenant General Nigar Johar. What a life, what a story… to know her, is to know one of the greatest we have amongst us.”

The teaser shows Khan in the khaki sari worn by women in the armed forces medical corps. Lieutenant General Johar made history in June 2020 when she became the first and only woman in the history of the Pakistan Army to reach the rank of lieutenant-general,

She is also the first female surgeon general of the Pakistan Army. Lieutenant General Johar hails from Swabi’s Panjpeer. There are many celebrities excited for Aik Hai Nigar and several commented under Khan’s Instagram post expressing their excitement.

So who else is excited for the telefilm? We definitely are!