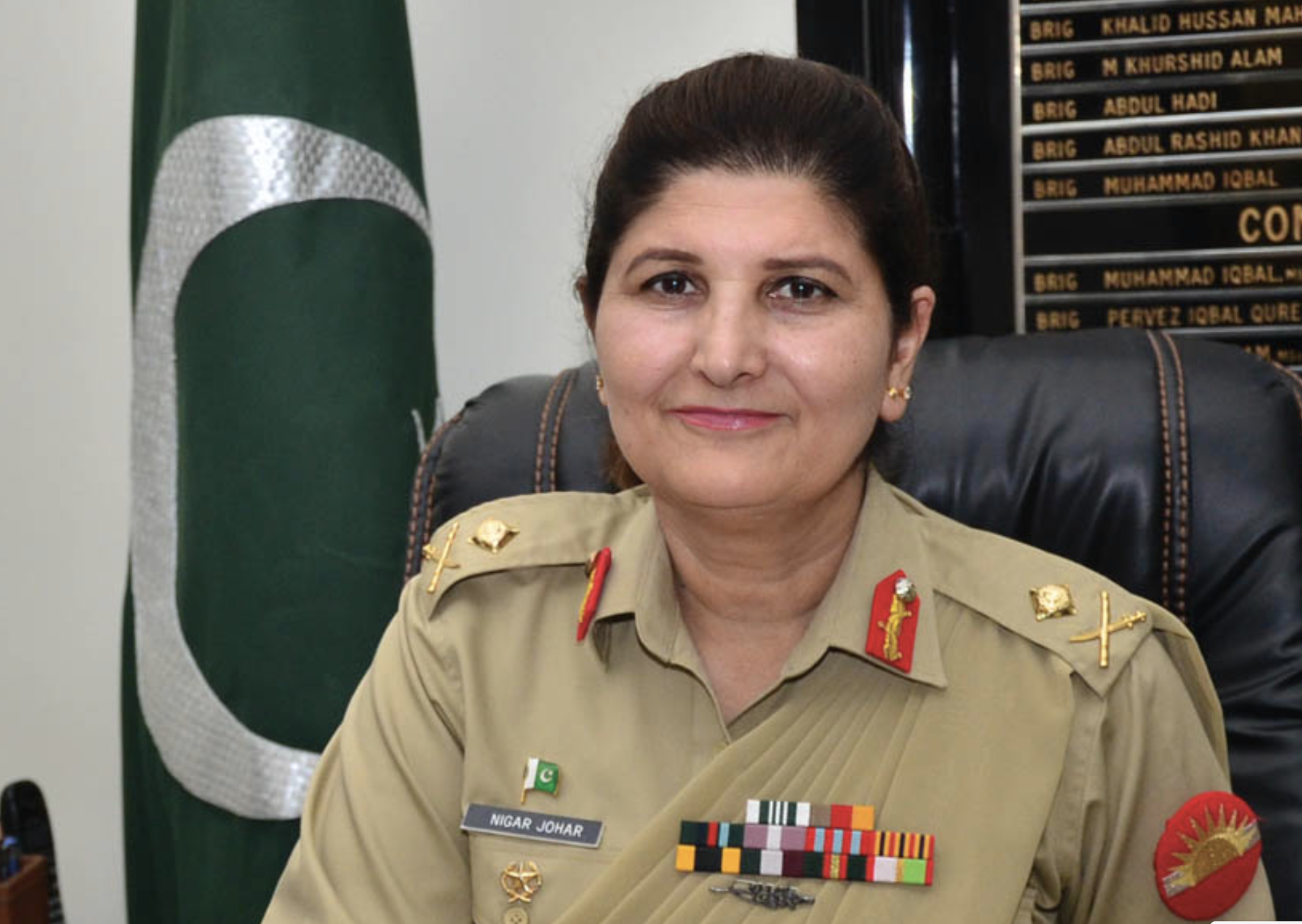 Pakistan is a country which has rapidly and drastically evolved in the past couple of years when it comes to women empowerment. Yet we have a long way to go.

Major General Nigar Johar Khan is a 2-star General in the Pakistan Army. She is now the third woman in history to have reached her rank.

Nigar Johar Khan has now become an icon that a lot of women look up to. Khan has has shown her resilience and hard-work that women are just as capable as men, if not more, and inspires many to take initiative for their dreams.

The Major General is a doctor, who took inspiration from her father. She was an army officer, opted to go to medical school and serve in the Pakistan Army.

We think Nighar is a commendable personality and deserves all the love and respect. What do our readers have to say about this? Share your thoughts in the comments section below.