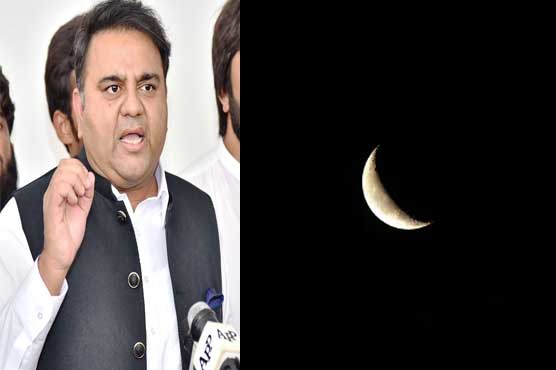 The Scientific committee formed by the Ministry for Science and Technology has announced that they have prepared the lunar calendar for the next five years.

The committee was formed by the Sci-Tech minister Fawad Ch. This was done in order to finalize a lunar calendar by the 15th of Ramadan, which would contain exact dates of the important events in Pakistan, and end the moon-sighting controversy.

Fawad Ch had also invited the Council of Islamic Ideological (CII) to give their recommendations and asked them to help in publishing the calendar in Ramadan.

Additionally, the minister shared a Tweet in which he invited both Mufti Muhammad Muneeb-ur-Rehman and Mufti Shahabuddin Popalzai to see ‘how moon cycle works’ and experience how easy science has made moon-sighting and to calculate the starting of Ramadan.

Earlier this month, Fawad Ch had proposed that science and technology should be used to sight moon in the country. He further added that spending 3-4 million on moon-sighting is not wise. He added that by creating a lunar calendar for 10 years, the controversies that arise every year during religious events will be averted.

Beware: Pakistani Mobile Users Are Being Scammed With Just One Ring