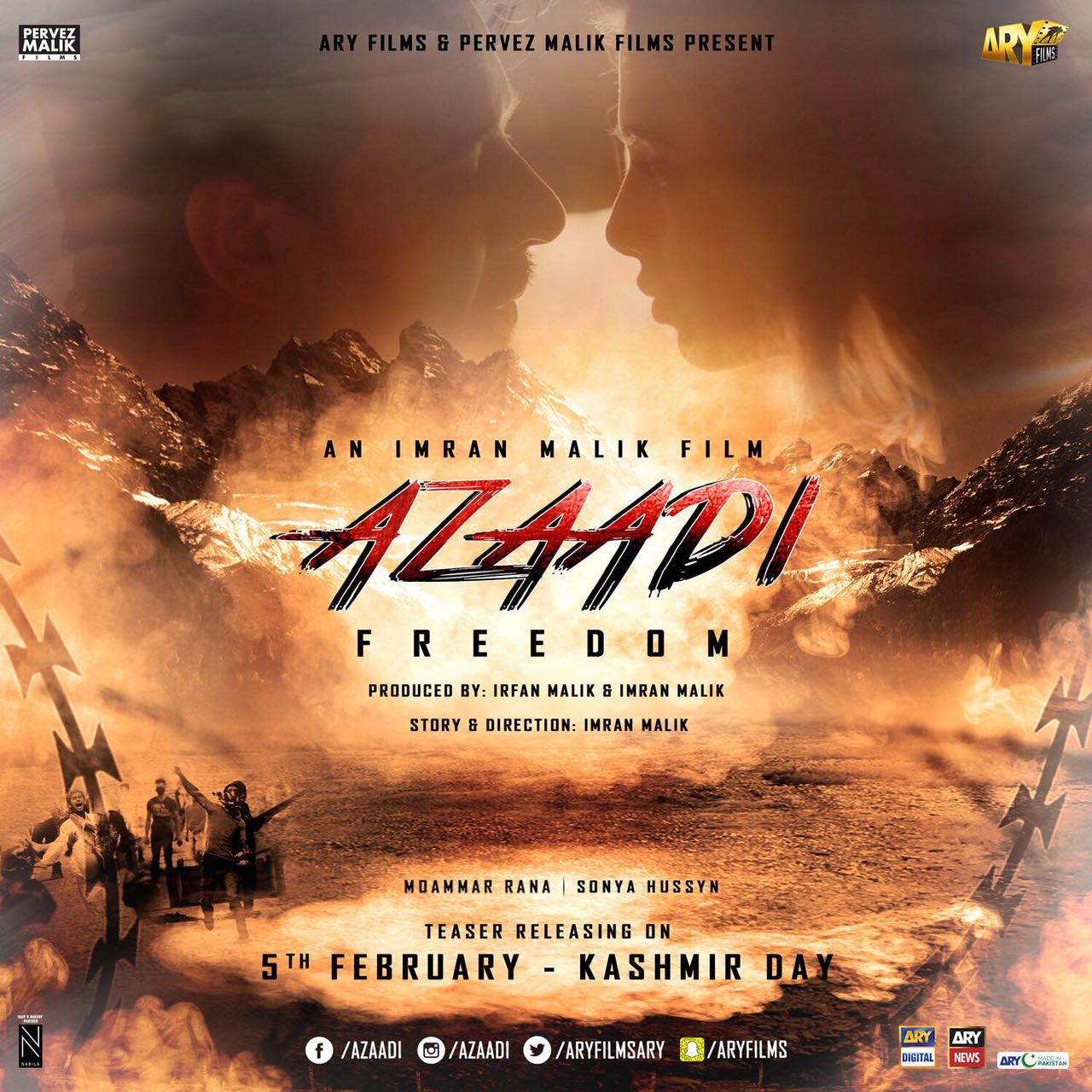 [Karachi: 31st January, 2017]: Imran Malik’s intense love story, Azaadi’s teaser is set to release on 5th February 2017. The film stars veteran actor Moammar Rana and model/Actor Sonya Hussayn.
The movie has been produced by Irfan Malik, and directed by veteran film producer/director Pervez Malik’s son Imran Malik who has also written the story. The dialogues of the film are written by Wajid Zuberi. The cast of the movie also includes renowned actors such as Nadeem and Javed Sheikh, as well as new age actors which include Maryam Ansari, Ali Fateh, Samama, Waseem, Erum, Ali bilal to name a few. The film, which is being made under the banner of Pervez Malik Films,also has some special surprise appearances.
Azaadi is the first film to release under the banner of ARY Films this year.
“As much as I want to carry my father’s legacy, I also want to bring my individuality to the film world in Pakistan. Working with renowned actors such as Moammar and Nadeem and Sonya has been quite a fulfilling experience. Hopefully the film will resonate with Pakistanis worldwide,” said Imran.
Join in the conversation: #Azaadi

General Public Opposes the Ban On Careem & Uber by Government: