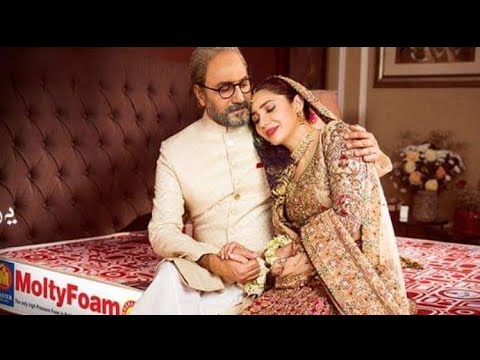 Moltyfoam has just revealed its latest TVC which features the renown faces of the Pakistani entertainment industry – Mahira Khan and Adnan Siddiqui.

The TVC stars the two actors in a father-daughter role. The ad explores a bittersweet concept of a daughter (Mahira) getting married and her father (Adnan) reliving his time taking care of his beloved daughter through flashbacks.

While the TVC has been executed wonderfully, involves a mix of coloured and black and white moments, people have a lot to say about the choice of actors for their roles in the ad.

Here’s a gist of what’s being said on Twitter

#MahiraKhan and #adnansiddiqui together in a commercial as father and daughter! Mahira looks 👌 but @adnanactor doesn't look like a father! Don't you think so?! #Social… https://t.co/8YvP2BA1ZM

Who sleeps without their sheets on on #MoltyFoam .@TheMahiraKhan looks stunning tho.
Need that lehnga😭#MahiraKhan #moltyfoam

So what are your opinions about Moltyfoam’s latest TVC? Are you gushing over Mahira’s dress just like we are? Did you like Adnan Siddiqui in the role of Mahira’s father?

Battle of the Brands: Careem & Pepsi Come Face to Face on Twitter