Pakistan Vs WestIndies : Can Pakistan Move To 8th Position In ICC Rankings ? 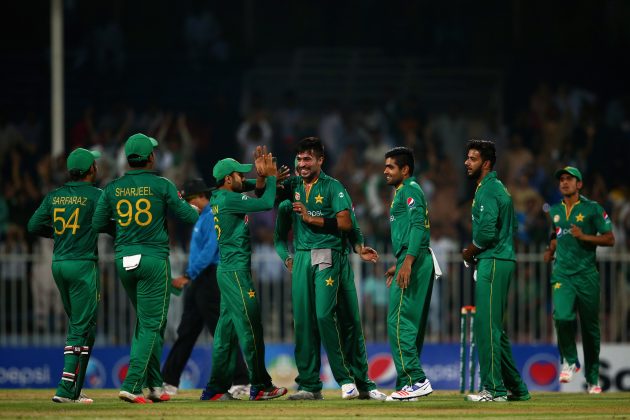 West Indies and Pakistan have engaged in three Twenty20 Internationals and two One-Day Internationals since the start of their series in the United Arab Emirates. West Indies, which hasn’t managed a single victory yet, will look to buck the trend and carry momentum into the three-match Test series with a win in the third and final ODI in Abu Dhabi on Wednesday (October 5).
West Indies’ improved performance with the bat in the second ODI in Sharjah on Sunday will give Jason Holder’s men the confidence when they enter the Sheikh Zayed Stadium with the hope of pulling one back. But given Pakistan’s current form and the determination to directly qualify for the ICC Cricket World Cup 2019, West Indies will need to rely on more if it is to remain competitive.
A series victory with a game to spare would’ve normally meant foot off the throttle, but Pakistan doesn’t have that luxury because its chances of a direct qualification depend on the result of every game until September 30, 2017. Pakistan needs to complete a clean sweep to rise one place to eighth in the ICC team ODI rankings, relegating its opponent to ninth. “It takes time to improve things,” Azhar Ali, the Pakistan skipper, said after his side knotted up the series on Sunday with a 59-run win in the second ODI. It was Pakistan’s first ODI outing since its 4-1 defeat in England in August-September. “You need patience to lift a team. We started the rebuilding process after the 2015 World Cup and it takes one-and-a-half to two years, so we are going towards that.
“Pakistan can move to 8th Position on ICC Ranks if It succeeds to whitewash West Indies Today.”
“Our nation doesn’t have the patience, they want to win instantly,” said Azhar, referring to the reaction following ODI series losses against Bangladesh and England with him at the helm. “If you don’t win, they get frustrated and want change. As a nation, we have to take responsibility. It’s easy to look at things in hindsight and call for changes.”
So far, West Indies has been thoroughly outplayed in this series, losing the first ODI by 111 (DLS method) and the second by 59 runs, and it has only itself to blame.
Its batting isn’t doing its reputation justice, the bowling has left a lot to be desired and the fielding has been below par despite possessing some of the most agile athletes in the business.
The inclusion of Alzarri Joseph in the second ODI in place of Shannon Gabriel turned out to be an expensive gamble as the 19-year-old conceded 62 runs for two wickets in his debut game, but with nothing to lose at this stage, West Indies is likely to retain the youngster.
An underwhelming show in the three aspects was shown in poorer light because Pakistan, led by Babar Azam’s run glut, hasn’t put a wrong foot forward. With Babar compiling 243 runs in two ODIs — including successive centuries — and Shoaib Malik providing the stability in the middle order, Pakistan’s batting has been dominant. Although he made a 43-ball 54 in the opener, Sharjeel Khan hasn’t built on aggressive starts, and that could very well change on Wednesday.
Imad Wasim, the highest wicket-taker in T20Is with nine scalps, hasn’t been at his best in the 50-over format, but Mohammad Nawaz, Hasan Ali and Wahab Riaz have made up for the left-arm spinner’s showing so far. Mohammad Amir has flown back home to attend to his mother who is seriously ill, the Pakistan Cricket Board has said.
Pakistan has been brilliant with its fielding, effecting several important run outs in the last game, though its catching was sub-par with at least four catches being put down.