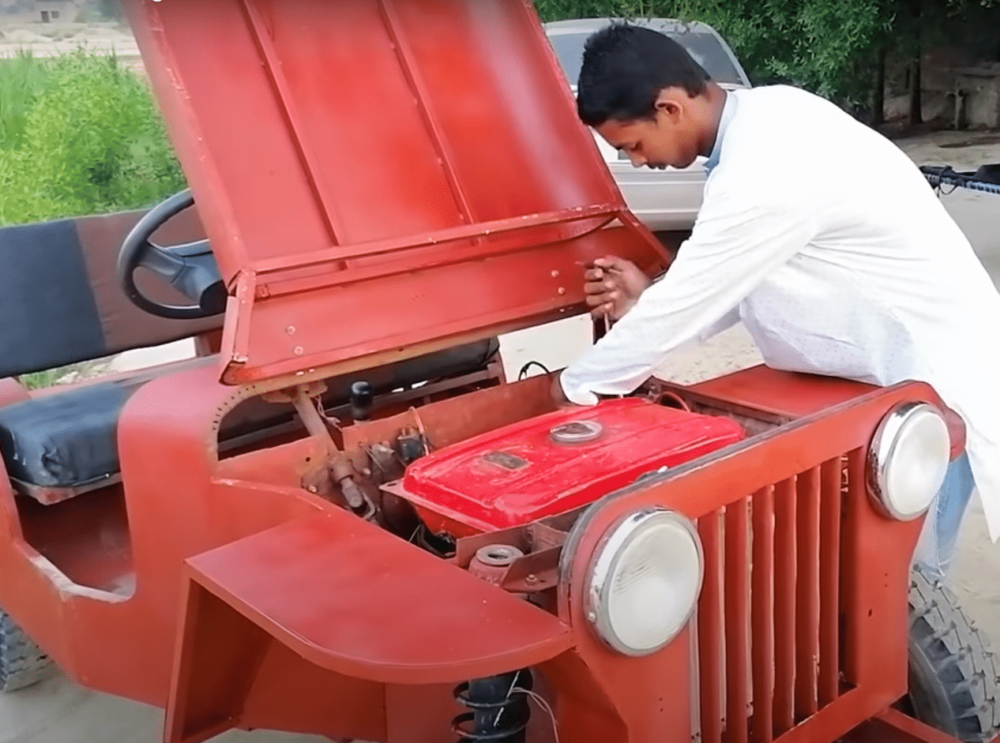 A Matriculation student from Khanewal has succeeded in creating a car from an old motorcycle engine and used automobile parts. This was revealed in a report by UrduPoint. The student disclosed that seeing his friends drive cars would make him want one as well but his father was unable to fulfill his wish because of financial constraints, which is why he decided to build one himself.

While detailing the process, the boy said that he began by making a sketch of what he wanted his car to look like, and made a small prototype based on it. He then added parts to the model and developed it until it became functional. He said that when people in the village saw the car’s model, they started calling him ‘engineer’ and the demo car ‘baby car’.

Following his first attempt, the youngster decided to upscale his creation and discussed the matter with his father who supported the idea. He took the engine out of an old motorcycle in his house and started working on it. Impressed by his zeal, his father helped him source the rest of the material for the car. Speaking about the car, the student said that the engine has an average of about 25 km/l. He added that he uses the car to transfer heavy loads rather than for traveling.

The student declared that he is not willing to sell his creation for even Rs. 1,000,000 as it has been made with love. He added that if he can accomplish this feat, other talented students from Pakistan should step up and work on their dreams as well.

Know of more stories of this sort with Pakistani Youth outperforming themselves? Let us know in the comments section below.