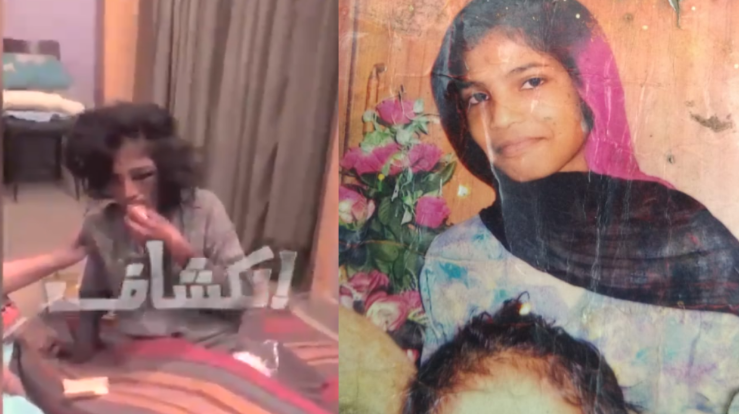 Uzma, a 15-year-old girl has recently and allegedly been murdered by the people she was working for, her employers.

Pakistani’s have been highlighting Uzma’s murder and demand justice for this barbaric act.

Uzma had been working for the past 8 months in an extremely hostile environment.

According to viral news reports, Uzma was neither paid properly nor fed properly. Sometimes, she had to go and ask the neighbors for food and was beaten on a regular basis. Uzma’s dad was working as a security guard and she was made to sleep in the bathroom.

In a viral video circulating about her final days, Uzma looks traumatized and voices of people laughing can be heard in the background

She was brutally murdered because, in her bruised and beaten state, she took a bite to eat from her employer’s daughters plate.

Uzma’s body has been explained to have multiple injuries. Her tongue was cut, her bones were broken and her chest had injuries. The video also shows that Uzma wasn’t even allowed to meet her family members.

It's hard even to see. How can someone do this to anyone? @ShireenMazari1 please take a stand for Uzma. #JusticeForUzma https://t.co/PZFeADV4g3

Why do we need servants and maids? Can't we wash our own dishes and cloths? When we live in other countries we do all of our chores ourselves but in Pakistan we need an army of servants. Can't govt come up with some laws for them? #JusticeForUzma

Most of these little helpers are underage kids and they are living in most hostile conditions when they should actually be going to school. @ShireenMazari1 can't our govt do anything for them?#JusticeForUzma @ImranKhanPTI

This act of brutality is unbelievable and barbaric. We hope that Uzma and her family receive justice soon and the culprits are caught and punished.