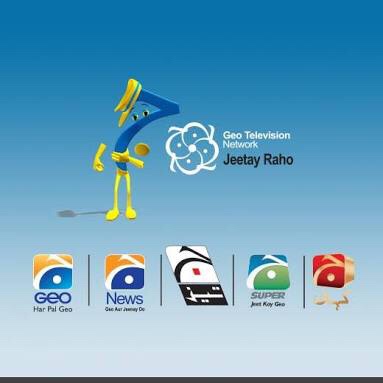 These days almost everyone especially those who are working for GEO Network are discussing the (Shut Down) of GEO News & GEO Entertainment, blaming Pakistan Army or its Intelligence Agency for all the disturbance,
Last week I was attending a Gathering where I met with my ex-colleagues working with GEO Family as I was also the Part of GEO Family for almost 05 Years in GEO Entertainment with Team Dr.Aamir Liaquat Husain.  Unfortunately, they were also discussing the same issue as they all were concerned not only for the delay in their monthly dues but also for the continuation of GEO Network’s shutdown/disturbance which left them with great mental fatigue as they are the Part of GEO Family.
Pakistan Army & its Intelligence agencies has all the Powers & Resources to simply shut down the GEO Network’s Operations including the Production & Airing rather than giving instructions to Cable Operators. Pakistan Army or its Intelligence agencies needs no prior authorization as incase if they find GEO Network or its Owners involved in any type of acts related to integrity or the security of the Country.
Currently GEO Network (GEO News / Entertainment) Operations, Production & Airing is active without any restrictions which means Pakistan Army or its Intelligence Agencies has nothing to do with the Shut Down or Disturbance in Distribution. In reality, Yes GEO Network Transmission is currently invisible in most Areas across Pakistan as the Distribution of the Channels are controlled & managed by the Cable Operators across Pakistan.

Undoubtedly GEO Management has faced the same crisis several times during past couple of years & are capable of not only handling such crises but also to resolve them with great courage. Similarly, the current disturbance in distribution or shutdown from cable operators must be investigated thoroughly as such acts are destroying the Image & Credibility of GEO Network with Great Financial losses. We must appreciate GEO Management that in Past & during current crises they never adopt a policy of downsizing or rightsizing & always make best possible policies to keep their employees satisfied as they consider them their Family.
We hope that GEO Management will soon resolve the issues related to the disturbance/shutdown of distribution so we can again watch one of the favorite Channels GEO News /Entertainment without any disturbance.