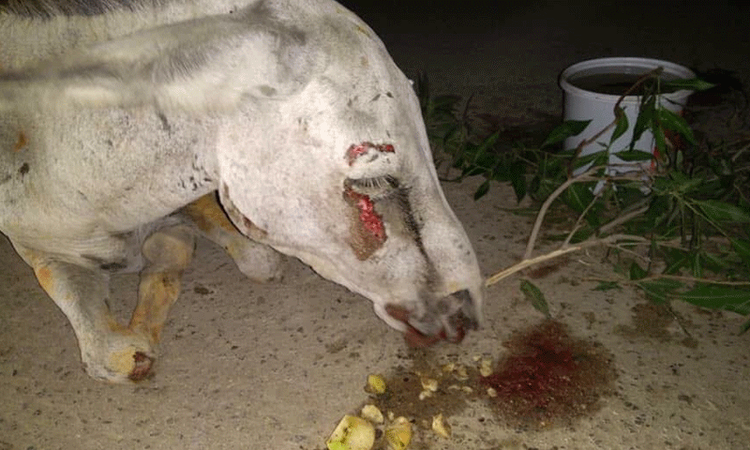 The length some people go to in order to prove their ludicrous points (whatever they may be) can sometimes be extremely unbelievable. Our own Pakistani people set the worst kind of example only recently, caught up in the heat of politics.

According to the ACF, a donkey was beaten brutally – punched in the face and abdomen several times, nose broken, kicked all over his body with rope marks here – and there and was found helpless by a young man named Abdullah.

The NGO took in the donkey in order to provide care for it. It also shared images on social media of the gruesome torture which had been inflicted upon it.

According to ACF’s post, political supporters tortured the poor animal to prove a point to an opposing party. 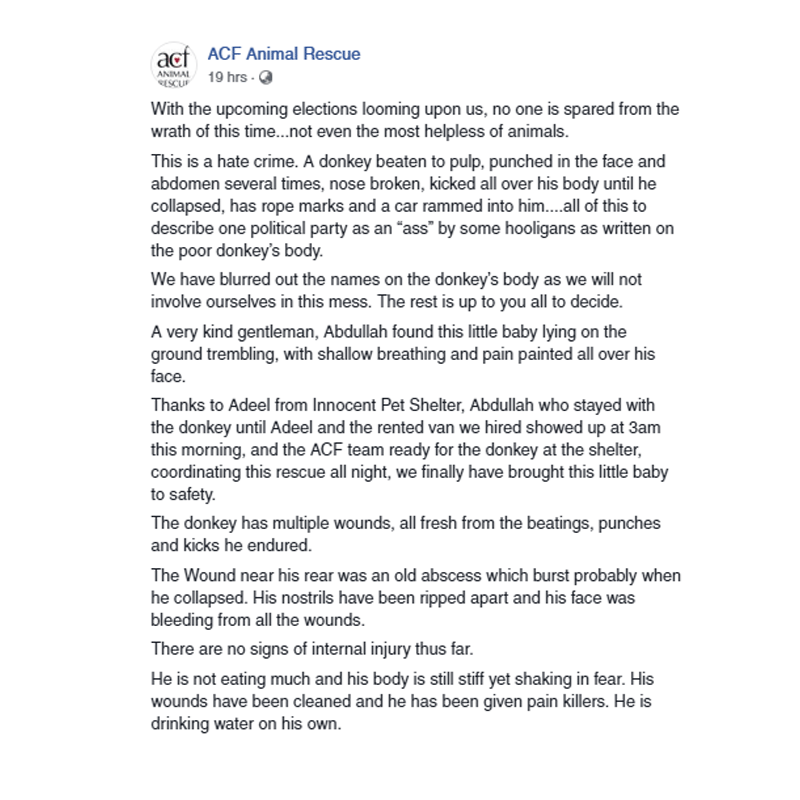 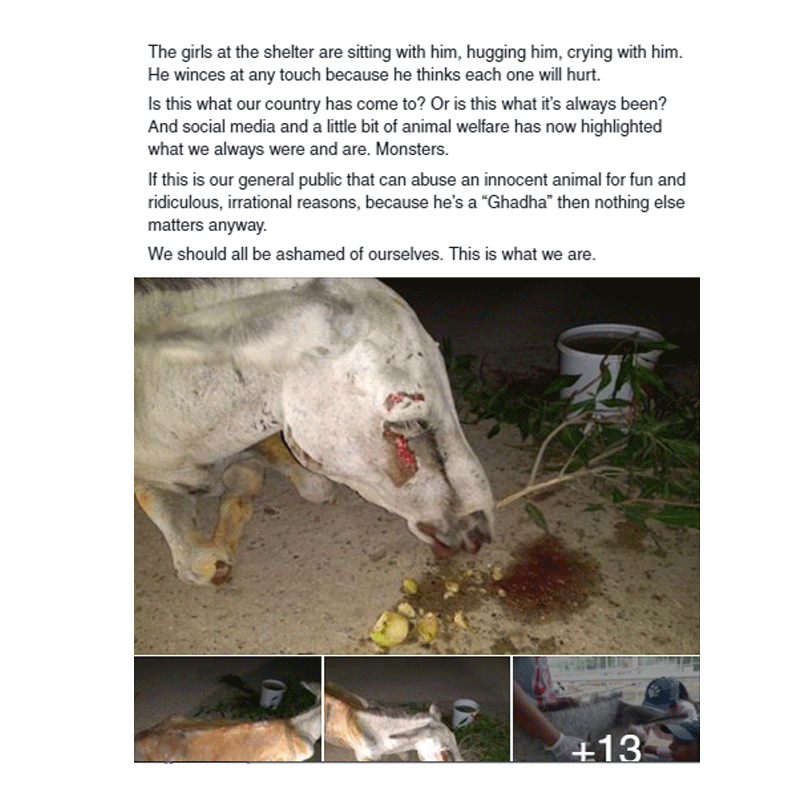 Many people have spoken up about the abhorrent acts carried against the harmless and defenseless animal.

A donkey was "punched in the face and abdomen several times, kicked all over his body, tied to a pole and have a car rammed into him" to make a political point.

Whoever did this, may you die a slow, painful, horrible death! https://t.co/6WYpMcRzFi

Let us stop calling ourselves humans. #PTI #Election2018 #AnimalAbuse in the name of election rally in #Karachi where a donkey is tortured with aims to insult #PMLN by writing it on his body
He was beaten, bled pic.twitter.com/zJd2iBRX03

What is even worse is that this is not the first time such cruelty has been practised against an animal in Pakistan. Ours is a country where little to no respect is given to animals and their rights are disregarded.