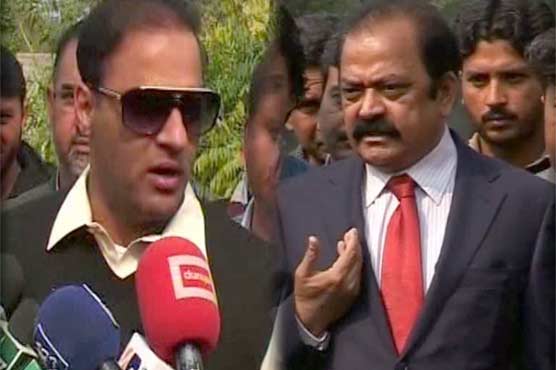 Opting for a derogatory and misogynistic approach towards women in the Pakistani society is nothing new. However, what is new is how many people are waking up to address the issue upfront and call out and slam those who still think it is okay to demean women openly in whatever way they like.

For those who are up to date with or involved in the Pakistani political world, they will know that misogyny is widespread. What is interesting is, however, and judging by how Twitter has bashed PML-N leaders Rana Sanaullah and Abid Sher Ali’s recent sexist remarks, people clearly have had enough.

Also on Sunday, while recounting the April 27 brawl during the budget speech at the Parliament House, Minister of State for Power Abid Sher Ali shared his derogatory response to PTI whip Shireen Mazari when she asked him to keep the distance and not to touch her.

People are obviously furious and here’s what they have been saying:

This is what happens when you don't have enough women in your ranks, in your party cadre, in your workers. You have misogynists like #RanaSanaullah hating on women participating in political rallies.

Disagreement w/out hatred, w/out misogyny just not possible for some schmucks.

Even if those women were dancers , it’s their democratic right to come out for their political views and vote. No misogynistic male has the right to mock them 😡😡

Disgusted and enraged by the filthy language used for women by #ranasanaullah and #abidsherali – I hope we rise above our political affiliations and unite to raise hell against such vile behavior. #enoughisenough – this is not my #Pakistan

Shame on #RanaSanaUllah and #Abidsherali for abusing #shirinmazari. Hopefully people won't have to tolerate these low life, uncouth criminals anymore after the elections. Vote these criminals out people.

Mi Pakistan Is Turning Up The Heat With Another SALE

Thunder Strikes Packages Mall On May 4, 2018