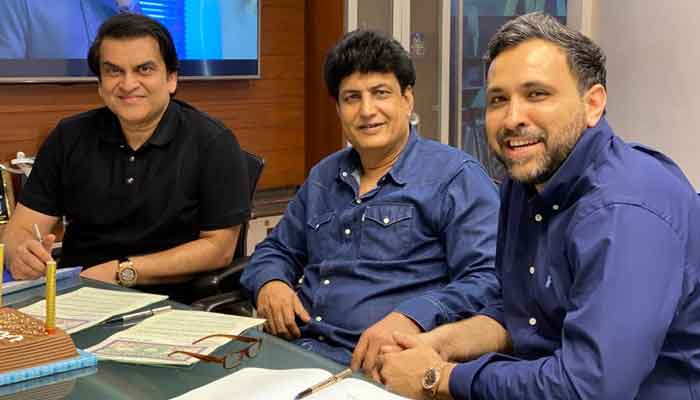 Good news for TV viewers! Pakistan’s leading playwright, script writer, actor, poet and director Khalil-ur-Rehman Qamar has joined hands with Pakistan’s most popular entertainment channel, Geo TV. This year, Qamar is all set to exclusively write four TV plays plus a feature film for the channel. The first project in the series, God is Great, will be aired on Geo soon.

Expressing happiness over his association with Geo, Khalil-ur-Rehman Qamar said that he will now focus all his energies on working on projects for the channel.

Qamar is the winner of a number of prestigious awards. Every play he has written has made a place for itself in people’s hearts. His memorable plays include ‘Beopaar’, ‘Manjhli’, ‘Tumhe Kuch Yaad Hai Janan’, and ‘Muhabbat Tum Se Nafrat Hai’ for Geo TV. Apart from these plays, ‘Sadqe Tumhare’, ‘Mera Naam Yusuf Hai’, and ‘Mere Paas Tum Ho’ are some of his other hits.

Geo, the favourite channel of millions worldwide, which provides entertainment and drama of every kind, is now set to become even more entertaining and gripping thanks to its creative collaboration with the dynamic Khalil-ur-Rehman Qamar.