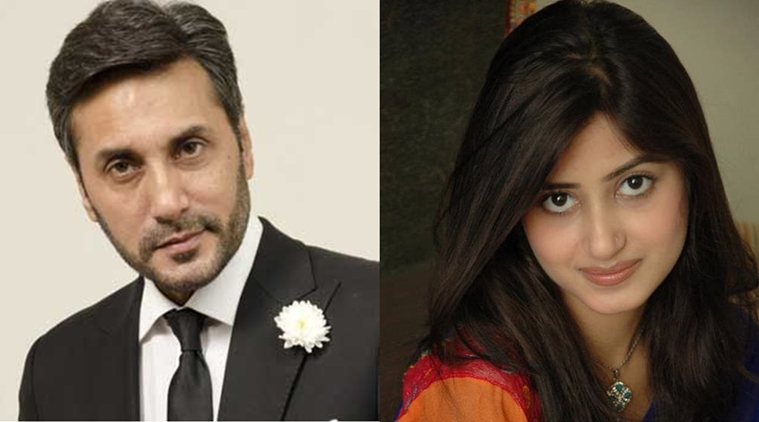 After a handful Pakistani actors like Mahira Khan, Fawad Khan as well as Ali Zafar have made their debut in Indian cinema recently, Sajal Ali and Adnan Siddiqui are next in line of Pakistani actors who are continuing to make Pakistan proud in Bollywood while showcasing their talent at its peak.
The teaser of the Indian movie “Mom” that marks the debut of Sajal in B-town is has been released only a few days ago and it definitely appears to be a promising movie.
The upcoming film is to star the veteran actors Sridevi, Nawazuddin Siddiqui, Akshay Khanna and Adnan Siddiqui along with Sajal Ali.
Mom is a shown to be a women-centric movie, the story of which will revolve around the life of a step-mother and her 18 year old played by Sajal Aly, while Adnan Siddiqui plays the character of Sridevi’s husband.
The movie’s soundtrack has been set by the legendary AR Rahman, about which is being said that it will chill your heart to the core, along with images that are shown to exude a sense of foreboding for the audience.
Additionally, it had been reported that due to the unofficial ban and safety concerns, the final scenes of Sajal and Adnan’s upcoming venture were moved to Bangkok.
The film is produced by Boney Kapoor and is set to release on 14th July this year.
The first look of the much-awaited movie is finally out and will definitely gives its viewers goosebumps! Watch the teaser for Mom here:


A look at these images will tell you what exactly we are talking about.