Shoaib Akhter And Harbajhan Singh Takes A Dig at Each other 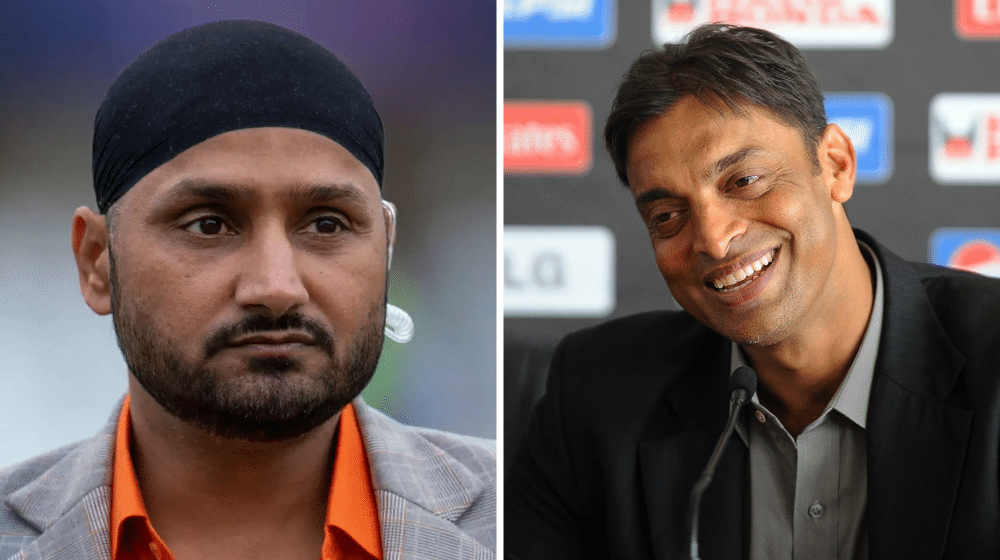 Former cricketers Shoaib Akhtar and Harbhajan Singh took sly digs at each other on social media ahead of the highly-anticipated encounter between Pakistan and India. Both cricketers are currently in UAE as they are a part of the 2021 T20 World Cup-related activities.

Shoaib posted an image on his official account across various social media platforms. The picture showed Shoaib and Harbhajan talking about the upcoming clash between Pakistan and India in an event organized specifically for the 2021 T20 World Cup.

Shoaib tweeted, “With Mr. Know it all, Harbhajan Singh, in Dubai for a pre-discussion about the mother of all competitions.”

With Mr. I know it all @harbhajan_singh in Dubai for a pre discussion about the mother of all competitions. #Dubai #Pakistan #India #worldcup pic.twitter.com/40VS5vEMqB

Harbhajan responded to the light-hearted tweet with a dig at Shoaib. Harbhajan replied, “When you have 400 plus Test wickets, I am sure you know more about cricket than someone with less than 200 wickets.”

When u have 400 plus test wickets am sure you know more about cricket then someone with less then 200 wickets 🤗 🤦🏻‍♂️ https://t.co/jXvdiYLyoE

The tweet garnered over 8,900 likes and over 350 retweets as many Pakistani cricket fans were not impressed with the post as Harbhajan had recently taken a dig at Pakistan ahead of the all-important encounter. Harbhajan had said that Pakistan should give India a walk-over in the high-octane clash as they will not be able to defeat them.

The two arch-rivals will go head to head in Dubai on 24 October in their first match of the 2021 T20 World Cup. Both teams will be determined to begin their campaign on a high note and win the highly-contested encounter.