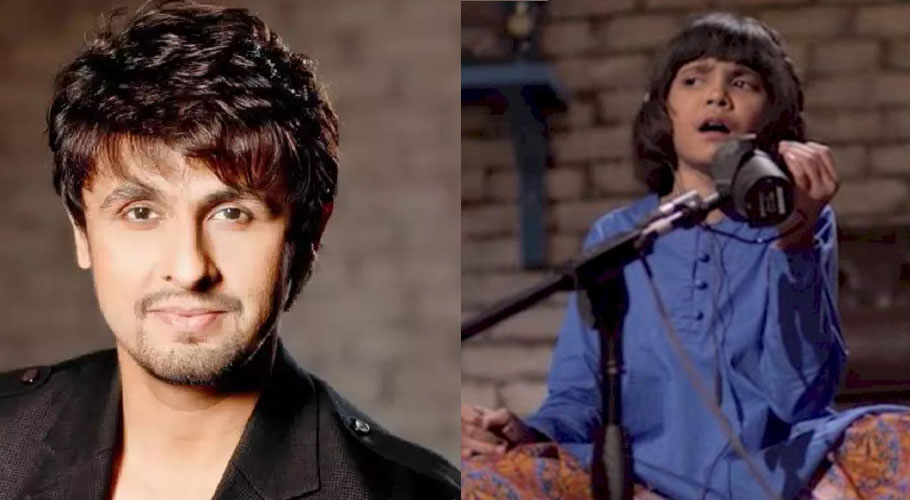 I didn’t expect that I will cry while listening to this song,” said Nigam.” “Been a while since I’ve heard something good.”

The singer said after a long time, something has touched his heart. While giving his comments on Hadiya’s singing during the video, Nigam said: “Wow! Amazing.”

He remarked that the song was earlier sent to him by Javed Jaffery a few months back, however, he could not listen to it.

“I’ve heard this song before but really listened to it for the first time today. Even in today’s age, songs that one can get extremely emotional can be composed,” said Nigam wiping his tears.

“I never thought it would be possible anymore but it has happened. God bless little Hadiyda, God bless Soch band” said he.

Soon after he posted the video, the band Soch who sang the song ‘Bol Hu’ also thanked Nigam and said it is always gratifying and nice to hear something heartfelt like this from a fellow artist across the border.

Nigam’s vlog was then shared by Xulfi (the man behind Nescafe Basement), Dino Ali, and many other music industry icons thanking Nigam for his kind words and appreciation.

Xulfi, the producer of Nescafe Basement, then took to Facebook and thanked Nigam too. “I just saw Sonu Nigam’s video on Bol Hu and I thought it only made sense that I express my gratitude in a similar manner,” he said. “I don’t only have one thing to thank him for, there are multiple things. The first thing I would want to thank him for is the way his reaction must have elated the spirits of Adnan, Rabi and Hadia. There’s no comparison to that. They would want to work even more seriously towards their dreams. God has given you a gift; do not let it go to waste.”

You may listen to the full song here: