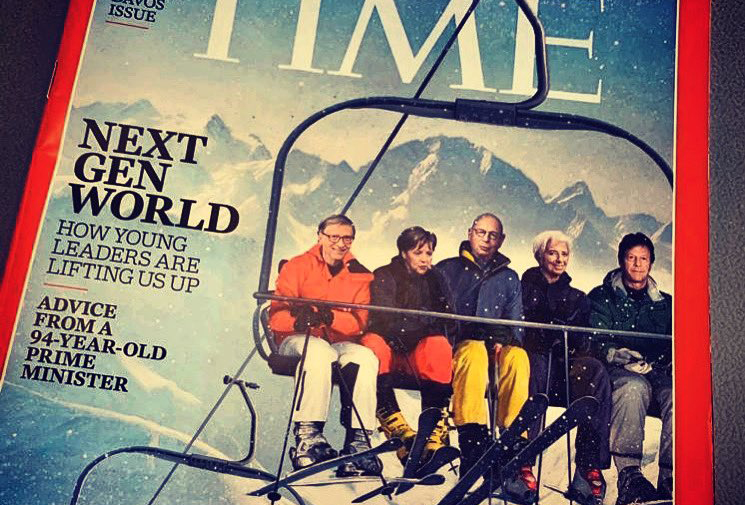 Time Magazine has featured Prime Minister  Imran Khan, along with other world leaders, on its cover page yet again in a special issue on the upcoming World Economic Forum.

The PM was also named one of the ‘100 most influential people’ named by Time Magazine last year.

While these 5 world leaders are sitting on a chair lift making their way up, we see Donald Trump and activist Greta Thunberg in a chairlift following behind.

PM Imran’s Advisor on Commerce Abdul Razak Dawood, Zulfi Bukhari and other officials will accompany him. He is also expected to hold meetings with several world leaders, including US President Donald Trump.

Fifty-three heads of state are on the guest list, including Trump, who is expected to address the gathering on January 21.

Instagram Decides to Remove The IGTV Button From Its App