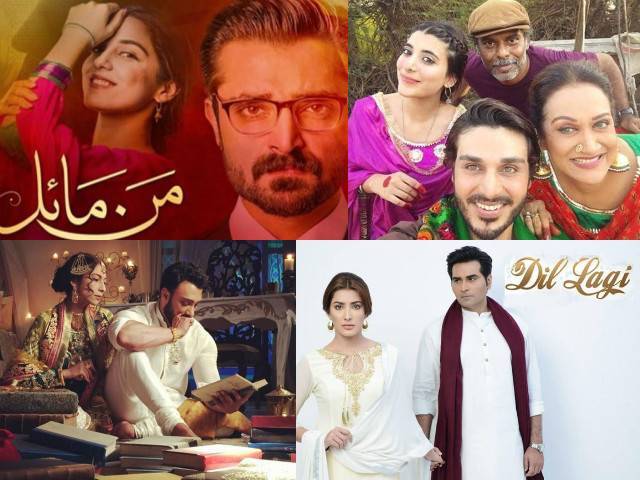 Adding to our previous list of Pakistani dramas that were aired in 2016 and gracefully made it to the must watch list, these are as follows: Dil lagi was aired on ARY Digital and was a romantic story of Mohid (Humayun Saeed) and Anmol (Mehwish Hayat), where you would see Mehwish in an entirely different character than the ones that normally embrace our television screens. Mehwish supports the character of a woman who is anything but shy, and submissive but is rather a woman who is intelligent and confident. Abro was aired on Hum TV and is directed by Ilyas Kashmiri, based on a script by Qaisra Hayat and screenplay by Umera Ahmad. The drama stars Farah Shah, Asma Abbas, Noor Hassan Rizvi, Ahmad Zeb, and Eshal Fayyaz in pivot roles. Mor Mahal was premiered on Geo Entertainment and PTV Home on 28 April 2016. It is directed by Sarmad Khoosat, produced by Babar Javed. Mor Mahal is known as one of the biggest television projects in Asia. The serial features Umair Jaswal, Meesha Shafi Hina Khawaja Bayat, Sania Saeed and Fiza Ali in the lead roles. Bin Roye Ansu was produced by Momina Durraid, The serial is the television adaptation of the film of the same name which was premiered in 2015, and was itself based on the novel of the same name by Farhat Ishtiaq. All the original cast of the film reprised their roles, and main cast includes Mahira Khan, Humayun Saeed and Armeena Khan.