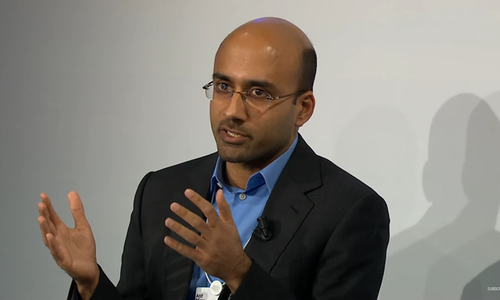 Minister for Information and Broadcasting Fawad Chaudhry also confirmed that Mian had been asked to step down.

Atif Mian was asked to step down from the Advisory Council and he has agreed. A replacement would be announced later.

“The government wants to ensure religious scholars and social groups are on board and it is not appropriate if one single nomination prevents that from happening,” he added.

Social media users have risen their voice against bigotry against the Ahmedi community in Pakistan and for succumbing to it so easily.

Here’s a peek into what is being said on Twitter

Really wish I hadn't woken up to this news. Atif Mian would have given the country superb economic guidance. I guess they didn't want another Nobel Prize winner who they could ignore and ostracize – one is already too many. https://t.co/3JujCHYy3J

Time and again social justice warriors like me are confronted with the haunting question: what’s the point? This country doesn’t give a fuck for being good or just, it’s only interest is in capitulation to religious gangsters. https://t.co/aLhEyP6mPS

Didn't take much for 'tabdeeli' to succumb to bigotry. Back to square one. The same old fears and politics in Naya Pakistan. What an anti-climax.

Pakistan’s state just rejected a man’s job because of his religion. in other countries whn Muslims protest4facing racism by ppl .. they should not forget how Muslim states treat people of their own country they consider non Muslims.
Religion in state affairs creates inequality

I, as a human being, as a Muslim, as a Pakistani, & as a PTI supporter, am deeply disappointed & saddened at the decision of PM Khan's govt to remove Atif Mian's name from the Economic Advisory Council.

I am devastated beyond words. This is Pakistan’s loss not Atif Mian’s! https://t.co/XegdwCyaDv

Well, I suppose ⁦@PTIofficial⁩ standing its ground on such a contentious issue was too good to be true. I hang my head in shame, as a citizen of a country that can’t ensure equal rights and respect to all its people. https://t.co/4MQxeUnTrg

Khadim Rizwi asks for @fawadchaudhry resignation along with Atif Mian’s. Let’s all of Pakistan get together and support these two and tell that lot of Jahil extremists to get lost

Sania Mirza’s #NotABabyShower Party Celebrations With Her Friends is Adorable