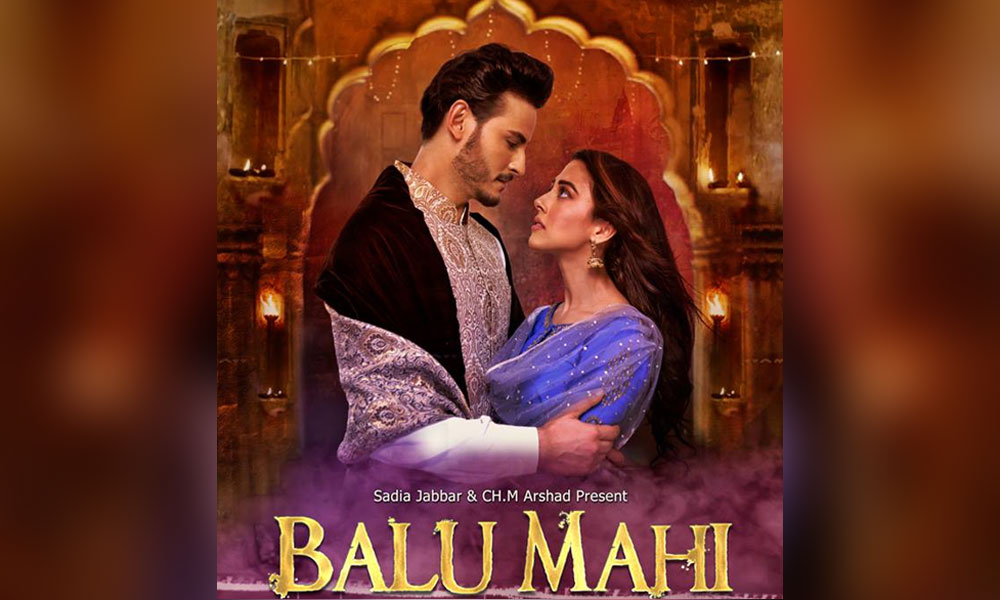 Balu Mahi is a Pakistani film directed by Haissam Hussain (also the director of outstanding works like Dastaan, Auun Zara and Dureshawar), while it is produced by Sadia Jabbar. The leading cast members includes the dashing Osman Khalid Butt and the beautiful, green eyed beauty Ainy Jaffri.  The music composition has been handled by Sahir Ali Bagga, who is said to have composed five songs for the film, written by Saad Azhar.
Only last week, a teaser featuring Osman Khalid Butt and Ainy Jaffri in Rang De Chunar by Rahat was released on Social Media. Many people took their comments to various social media websites appreciating the upcoming and visually stunning Pakistani film.
In the teaser you can see Osman and Ainy together and complimenting each other. While Osman seems to be completely infatuated with Ainy in the teaser, Ainy seems to be playing the role of a girl who does not know as of yet how she has charmed the hunk giving her company while she moves about the city visiting shrines so on and so forth. Now that’s a duo whose chemistry we are eager to see on-screen.
The release date for the movie has also been shared through the teaser as the movie will be put on show in cinema’s across Pakistan a weekend before Valentine’s Day (2017), on Friday, February 10th to be exact.
We’re excited to take an entertaining ride of love, laughter and music with ‘Balu Mahi’ coming February, are you?
In case you missed the first look, here’s where you can watch the teaser for Balu Mahi:
https://www.youtube.com/watch?v=v4N9MUMSP2k