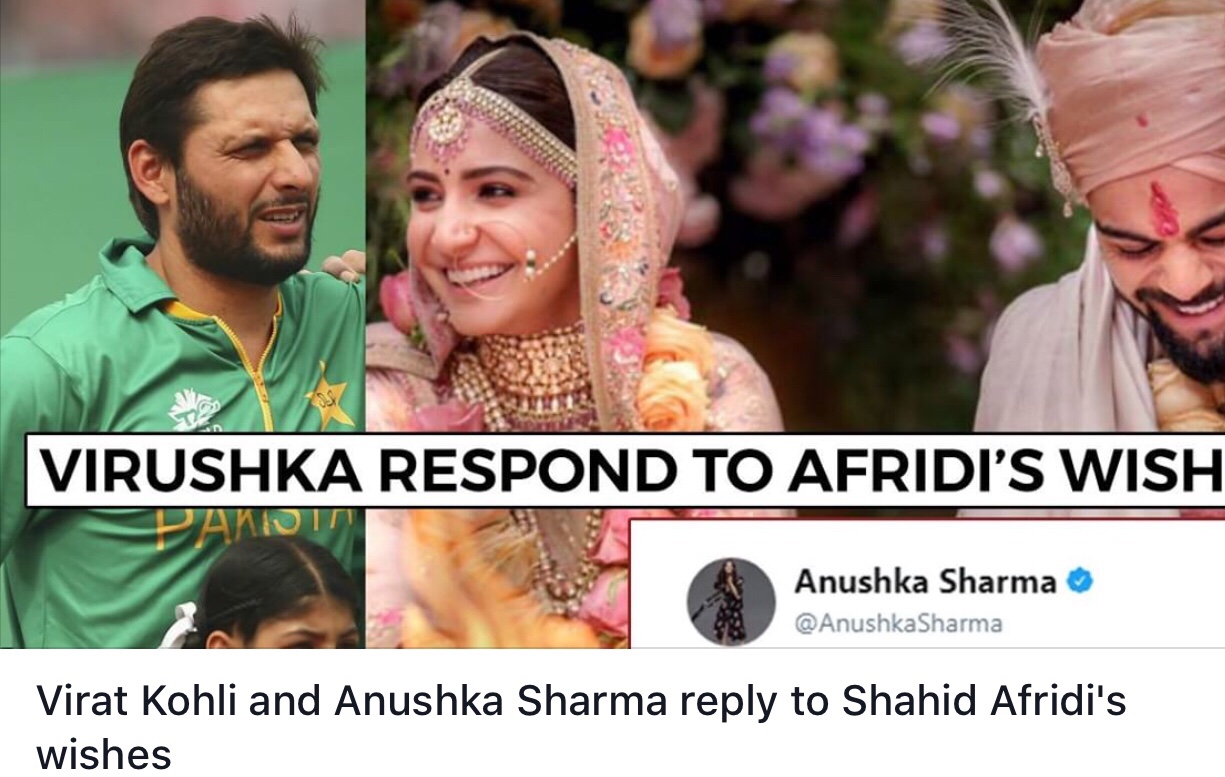 The newly-wed power couple, Virat Kohli and Anushka Sharma, received good wishes from all corners recently. The couple got married at Milan, Italy in a destination wedding on December 11, 2017. Being such popular names in their industries, they were expected to set the social media abuzz. Among all the wishes that came their way, the ones that came from the Pakistani cricketers caught the attention of many.
https://instagram.com/p/BckS2WtA3jF/
Former Pakistani skipper Shahid Afridi was the first one to come up with a congratulatory tweet for the lovely couple. Soon, the likes of Shoaib Akhtar, Mohammad Amir, and Umar Akmal followed as well. Now, both Virat Kohli and Anushka Sharma have acknowledged the good wishes that Shahid Afridi had conveyed.
Recently, Virat and Anushka thanked Afridi for his good wishes from their respective official social media handles. Earlier, on the wedding day, Shahid had conveyed his regards and hoped for the blessings to shower on the newly-wed couple. He wished all the happiness in their married life. Shahid Afridi had written, “Congratulations @imVkohli @AnushkaSharma on your wedding. May God Bless you two and give you happiness and a rewarding married life.”

Congratulations @imVkohli @AnushkaSharma on your wedding. May God Bless you two and give you happiness and a rewarding married life.

Now, Virat Kohli, in his tweet, wrote “Thank you Shahid bhai.” The two cricketers are known to share great camaraderie off the field. Time and again, Shahid Afridi has showered praises on the Indian skipper.

Talking about the couple, the two are set to live in Mumbai post their marriage. Their post wedding love nest is just wow. For now, Anushka is set to travel to South Africa along with Virat. She will return back to India in the first week of January to shoot for her next Bollywood movie.