VOICE OF AN INDIAN ABOUT COKE STUDIO PAKISTAN. 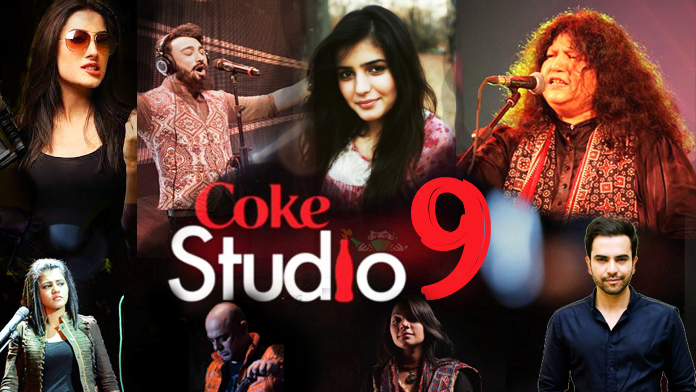 With Pakistan getting the No.1 spot in Test Cricket, the Indian Cricket fans have lost their peace of mind over the fact that a country, which hasn’t played a match at home in years, has surpassed us. However, if there’s one thing we’re certain of, then that is the clear dominance of our neighbours in Coke Studio.

They aren’t just winning Coke Studio, but they’re absolutely whooping our asses on that front.

Pakistan and India have a history of producing great young fast bowlers. In Pakistan, these youngsters go on to become brilliant express bowlers where as their Indian counterparts dwell in mediocrity after a while and settle for medium pace. Same is the case with music as well. Coke Studio is a popular interpretation of India’s traditional music. While not a lot of us are still in sync with what is real Indian folk music and what isn’t. That clearly reflects on what we’re served in MTV’s Coke Studio. Don’t get us wrong! We are not saying that the Indian Coke Studio is bad, but the difference between the quality of music produced in Pakistan surpasses ours by quite a lot.

Maybe why the music scene in Pakistan is so rich is because the film industry of that country is in doldrums which has given a fertile ground for the independent artists to experiment and flourish.

It’s our best guess that Bollywood is to blame for this. It has such a huge monopoly over the music market that independent bands, musicians don’t get a fair chance to grow. Despite starting off as independent acts, Indian acts eventually adhere to Bollywood music. One act that continues to defy this trend is the Indian band Euphoria, as it indirectly follows in the footsteps of its Pakistani contemporaries.

Aren’t we deluged enough with crappy Bollywood music day in and day out that we need another specialized format to drill some more of that drivel into our heads?

The Bollywood music industry is a behemoth and is virtually in charge of what the majority of people listen to. That is one of the major reasons why drivel like Beat pe Booty has people girating their butts on social media. Even when Bollywood comes up with one good song, it is followed by twenty different tracks (ten of those are ‘party’ songs btw).

The brilliance of Pakistan’s Coke Studio boils down to the genius of Rohail Hyatt. He has managed to put together Qawwals (kangana comes to mind), Balochi folk (anything by chahal), great collaborations (Abida and Rahat on Chap Tilak) or unexpected combinations (Lohar with Meesha). His unwavering faith in Pakistani folk music and upcoming artists has resulted into the beauty that we refer to as Coke Studio. The orthodox society of Pakistan might be one of the major reasons why musicians in their country concentrate on making proper music rather than getting women to dress up in skimpy clothes and shaking it to some random noise. While our society became liberal, a lot of our videos got worse.

While an Indian musician can now rely on drugs, party and alcohol for producing a ‘hit’ songs, but a Pakistani musician has to come up with good music to actually make a mark for himself/herself. Bollywood has sucked India dead. Everything will be brought down to the lowest common denominator, because commerce drives the world, not art. Let’s hope that India learns to respect independent artists and they are not held hostage to the commercial viability of their art.

Let’s take a lesson from our neighbours and strive to be good at something they are brilliant at -Music.

[Disclaimer: The opinions in the this article are of the author and not BRAND VOICE.]