"Wafa ka Mausam" on TV1, A Look In To Blogger's MeetUp. 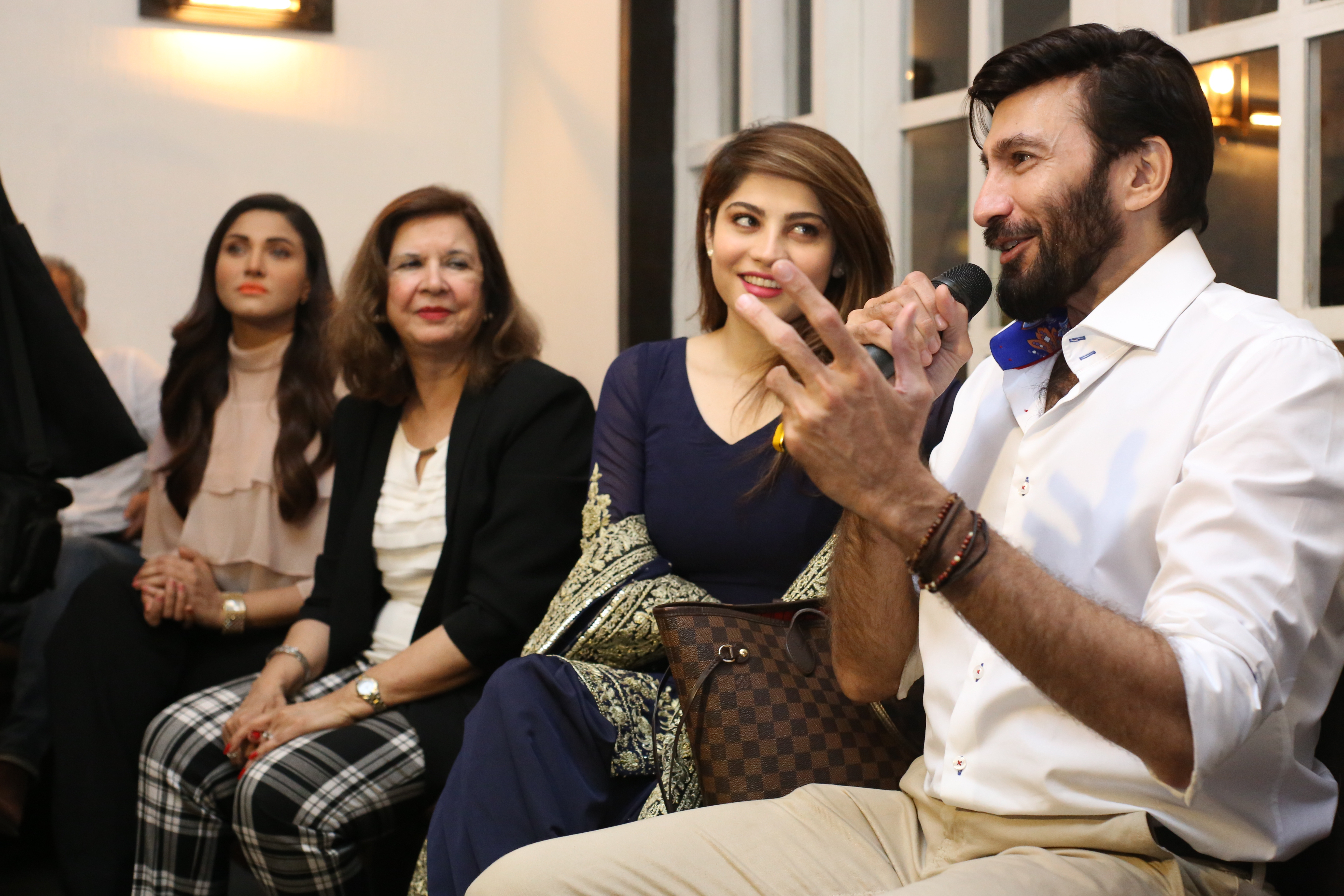 TV One’s drama WafakaMausam Teasers, promos,OST screened in bloggers meet-up with the dynamic and talented cast at The Patio.
Under the umbrella of TV One , there was a launch of latest drama serial, “WafakaMausam” . Many big stars will shine with their performance at 8pm Wednesday from February 22nd only on TvOne.
The skillfull drama director, BQ , the handsome Aijazz Aslam, Beautifull Haya Sehgal and the stellar Neelum Muneer  were also present at the venue.
A story of intense love clash with family and ruthless egos.
Will true love die for Ego?
When Komal(Neelum Muneer) falls in love eith Dara (Aijaz Aslam) , her wealthy landlord father gets enraged. Will love between Komal and Dara prevail or …..?
Dara played by Aijaz Aslam, is a driven man of principle, fights against the feudal tradition of watta satta. Dara, University Professor, doesn’t let his ego get bruised in society.
Neelum Muneer playing Komal, vibrant idealist, falls in love with the intriguing dichotomy in Dara’s personality. She gets messed up between two egoistic men.

Noman Habib as Bazil, a young happy go lucky man who becomes an arbitrator between Dara and Komal’s father. His secret affection for Komal makes the drama interesting.
The drama is beautifully written by Riffat Siraj and the soulfull OST is sung by Quratulain and composed by none other than the maestro Waqar Ali which compliments the serial.
Besides an intriguing story, this serial promises to be a hit with viewers.
The press meet-up not only provided valuable insights of the drama but also gave cast a chance to share their interesting on the sets stories with the bloggers.

We thank you for your love and patronage Bloggers; we are overwhelmed and humbled by your love and fabulous turn out to the Launch Meet Up of #WafakaMausam. Alhamdullilah, WafakaMausam was in top trend for several hours.
As always the influential and trend setter Aijazz Aslam and Neelum Muneer left the bloggers stunned with their lucid, coherent and explicit talks, uniquely sets the tone for a one of kind Drama Serial.
Overall it was a memorable evening with everyone!
Share FacebookTwitterWhatsAppEmailFacebook MessengerLinkedin

Beyond the headlines of terrorism, Pakistan’s economy is on the rise: Washington Post.