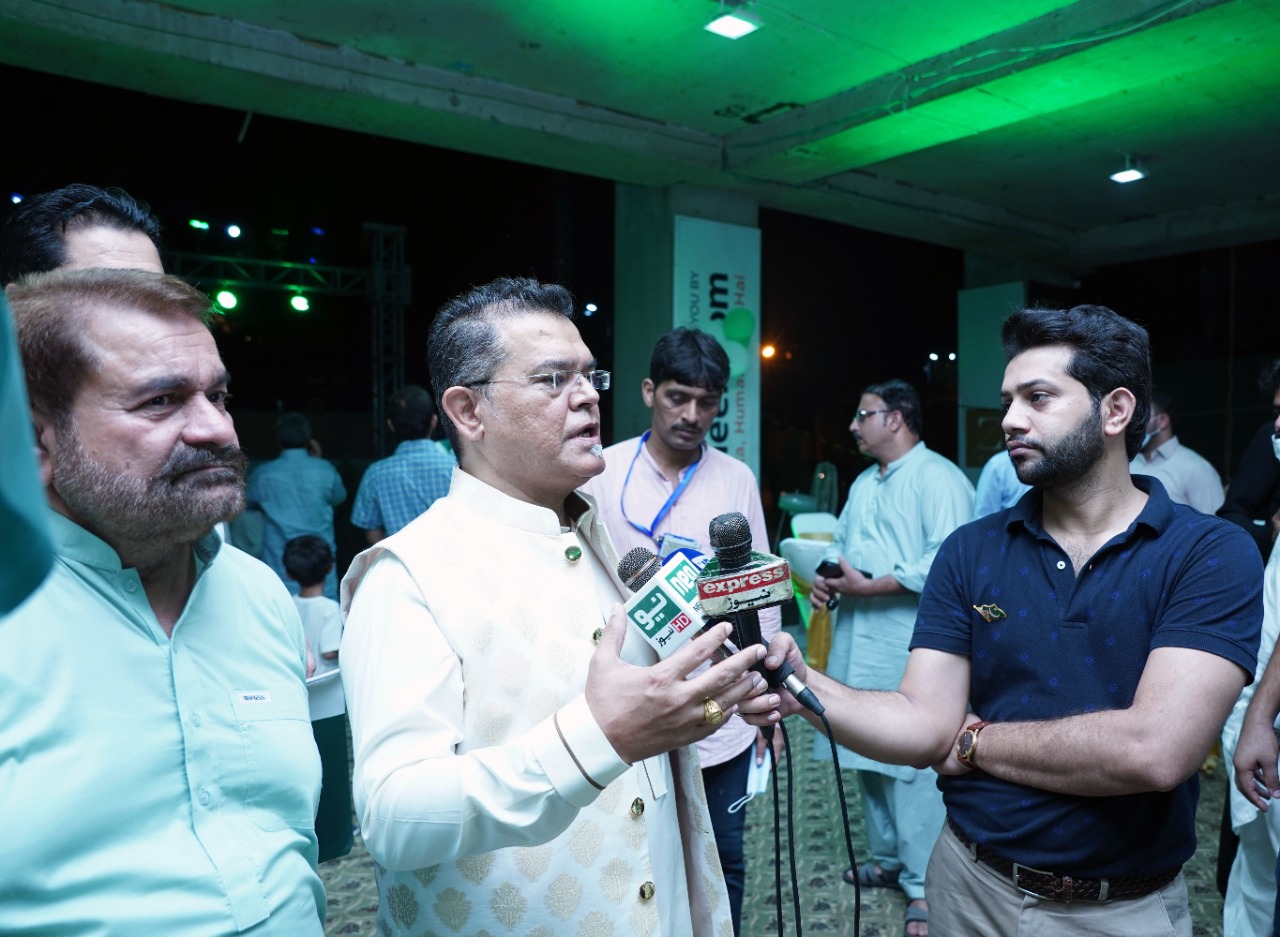 Pakistan’s largest real estate enterprise — celebrated the country’s 74th
Independence Day with enthusiasm and respect. The primary celebration in this regard was held
at the project site of Zee Avenue; a mixed-use, state of the art real estate development featuring
the world famous hotel Ramada by Wyndham. The event was attended by Zameen.com Senior
Director Laeeq Chaudhary, Directors Basil Hafeez, Muhammad Usman, Ali Rehan, and Haider
Murtaza, along with the management of Zee Avenue and Ramada by Wyndham.

Addressing the Independence Day ceremony, Mr. Chaudhary stated that Pakistan had achieved
its freedom as a result of the unimaginable sacrifices made by our forefathers, and that we all have
a part to play in protecting and developing our country. He added that August 14 was a reminder
for the people of this country to forget their ethnic differences and unite to become one nation
— with every citizen willing to sacrifice all for the betterment of Pakistan. The senior director
further said that Zameen.com had done everything in its capacity to bring innovation to the real
estate industry and that the company had played a pioneering role in promoting economic activity
in the property sector and its related industries.
A spokesperson representing Zee Avenue and Ramada by Wyndham also took the opportunity
to address the crowd, saying that everyone present at the ceremony wanted to see Pakistan become
a prosperous country. However, he added that in order for the country to succeed, each person
had to play their part in the process. He further said that “Independence is a divine blessing and
in order to achieve it, unforgettable sacrifices had to be made, which is why we have been able to
live as a free nation for so long”.
In addition to this ceremony, Zameen.com organized Independence Day celebrations in all of its
regional offices. A cake cutting ceremony was also organized and the company’s employees
offered prayers for Pakistan’s success on the occasion.

Independence Day’21 And Ads That Stood Out For Us