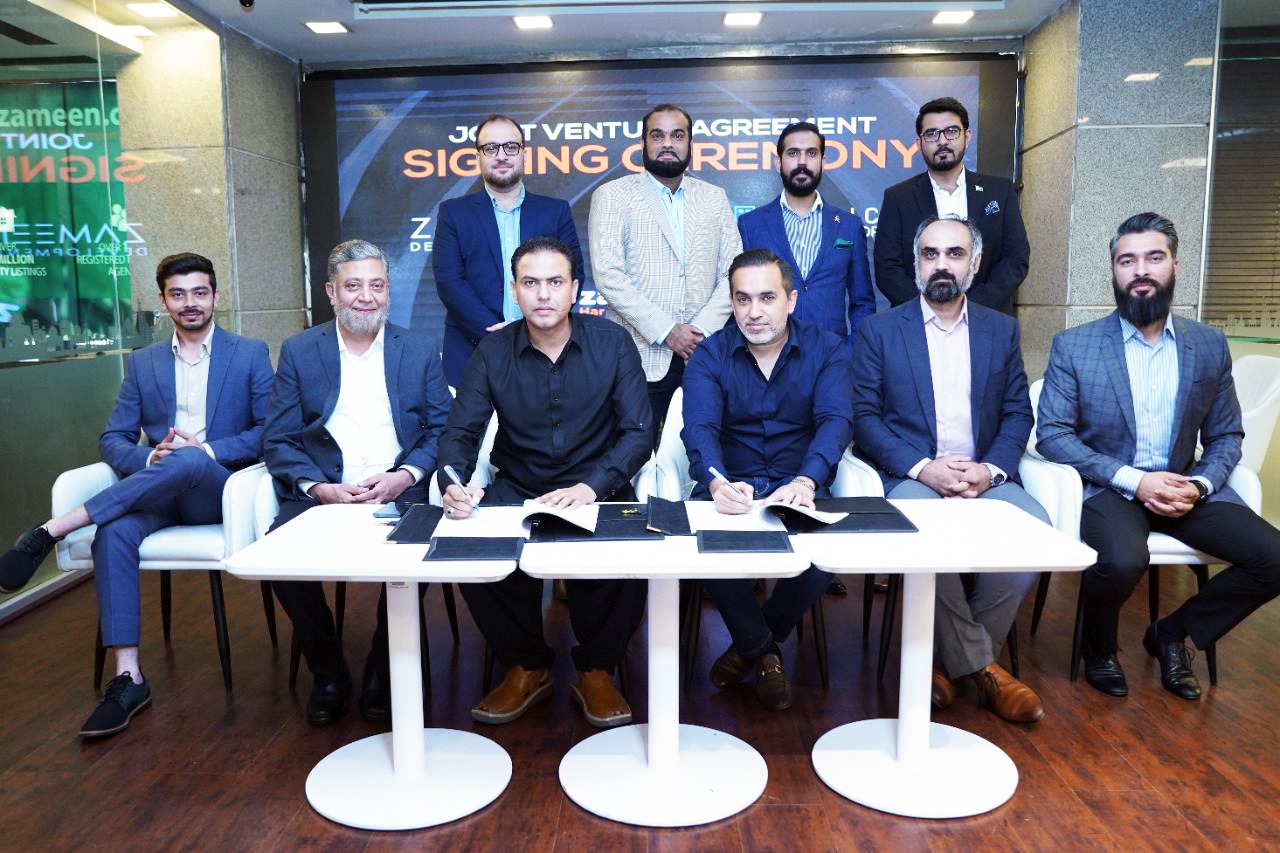 Zameen Developments (ZD) — the development arm of Zameen.com, Pakistan’s leading and most reliable real estate enterprise — recently signed an agreement with Total Care Developers and Four Walls Developers for the construction of a vertical development in Bahria Gardens City, Islamabad.

Commenting on the occasion, Zameen.com CEO Zeeshan Ali Khan said that the issues posed by the rising population of Islamabad can be resolved by developing additional commercial and residential projects. He added that the demand for such vertical developments is growing in the twin cities, and that this was the reason that prompted the three development companies to come together to launch a new luxury real estate project in the city.

Not only will the development of the proposed project satisfy the demand for such vertical ventures in the twin cities, but will also help uplift the local real estate industry.

ZD Director Fahad Arif Khawaja also took the opportunity to speak during the ceremony, stating that the agreement represented their efforts to provide the country’s citizens with luxurious and affordable residential options in a prominent location within Islamabad. In addition, the project will be developed facing the Cinegold cinema and a golf course, and will set an example for all other such real estate developments in the country.

Inside Junaid Safdar’s Nikkah in London

Foods You Didn’t Know Were Created by Accident!